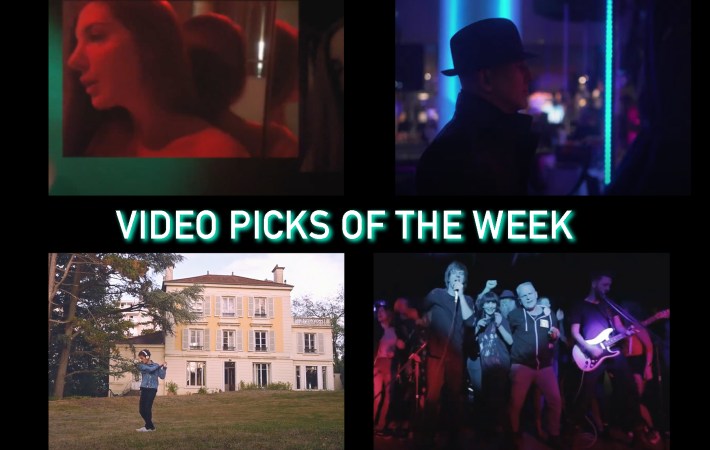 “Personal Popstar” is about the difficulty to find true supporters in the music industry and avoid those who use a musician’s ambition for their own gain. NYC-based singer/songwriter Carly Shea wrote this infectious track on her way back from L.A. and added swirling, glamorous visuals from a “nearly abandoned 1980s honeymoon resort”.

Flor and the Sea – Kings & Queens

“Kings & Queens” is the title track of the latest EP (Apple Music | Spotify) by duo Flor and the Sea from Munich, Germany. The video is an elaborate concept, beautifully filmed with a professional actor in Munich. You can read up about the story in YouTube, but for us it is already exhilarating to see our old hometown (which we could not visit this year).

Paper Tapes – You and I

“You and I” is a beautifully woozy and dreamy song by French artist Paper Tapes. While Cyril Angleys aka Paper Tapes is native from  Lyon, he now resides in Paris and the video got filmed in his grandmother’s house and directed by Antoine Magnien. Whether the idea was born out of isolation necessity we don’t know but we do relish the calming images and the videos feel-good vibe. The track is taken from Paper Tapes EP “Homecoming“, out now via Geographie Records.

Clearly inspired by famous punk bands before them, British punk rockers Pet Needs release the anthemic “Pavlovian” ahead of their debut album “Fractured Party Music”. The video dazzles with its mix of storytelling and live performance action, and it’s the mix that makes this so compelling. The album is out on March 12th, 2021 via Xtra Mile Recordings, and you can pre-order it here.