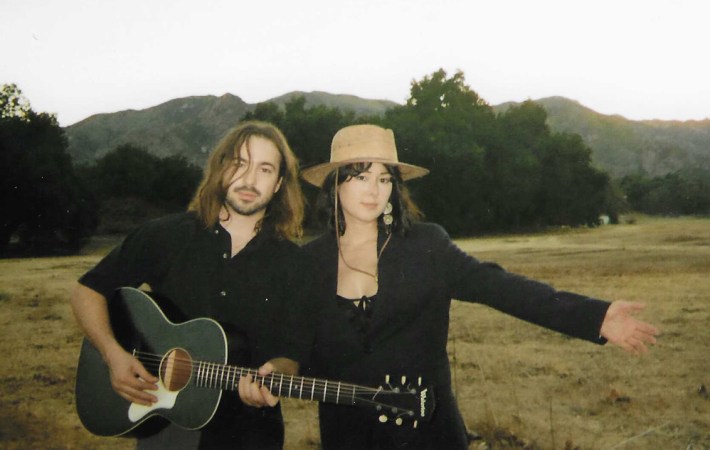 “The Coldest Winter” by Los Angeles-based dream rock band Tangerine is a beautifully light and airy song, despite its grim title. The guitar work is kept acoustic and more on the playful side, with a bit of electronic distortion added to give the catchy track some edge. The lovely flow of “The Coldest Winter” stands in stark contrast with the lyrical content because this is a song about heartbreak and yet the overall sunny vibe leaves us with a feeling of hope and joy.

Comprised of Marika Justad and Toby Kuhn, the duo sees Marika’s sister Miró Justad on drums for live shows. The latter is also the one who filmed and directed the gorgeous music video to “The Coldest Winter.” The visuals are cinematic, dreamy at times, and convincingly poetic. We reached out to Tangerine, and Marika told us:<

This song feels a bit like a homecoming, because it marks our return to music after a long break. I think I wrote the first fragments of it before quarantine began, but it really came together during lock-down. I remember playing guitar in my room while heavy rain fell on the windows last March, bad news just popping up relentlessly on my phone. The song is a little sad and more intimate sounding than our early stuff, but the process of making it was very joyful. It’s been a little light for me during a dark time.

Listen to “The Coldest Winter,” our Song Pick of the Day:

Connect with Tangerine on Facebook, Twitter, and Instagram and add “The Coldest Winter” to your playlist as we are adding it to our glamglarepick playlist on Spotify: