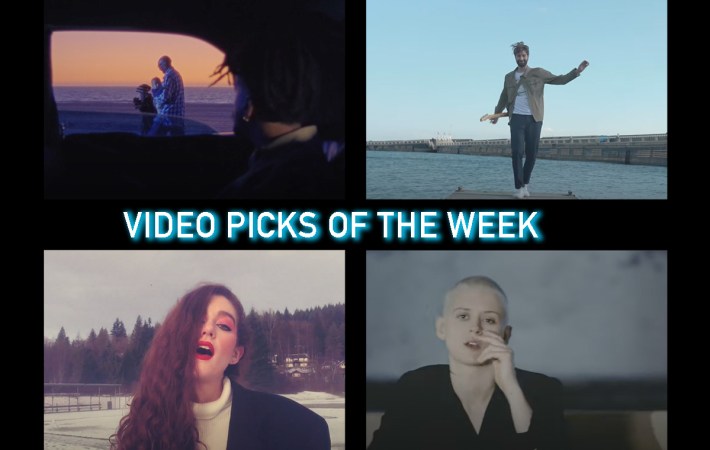 Montreal-based Chiiild is an experimental soul band, led by Yonatan Ayal, who released the magnificent music “Sleepwalking” brimming with surreal and super cool elements. The video is directed by Dan Regan who says about the project:

[it is] a piece about evolutionary love and the subconscious told through dream logic.

Yonatan Ayal says about the song:

’How does it feel walking fast asleep, under the moonlight.’ Sleepwalking is a self-reflective song about reclaiming agency over your life. We all have something that makes us special, that nurtured can create something beautiful. With Dan Regan at the helm, the sleepwalking video enters a new dimension. Aiming to create a future nostalgia.

We love the feel of the song and the visuals add the rest. Magical!

Jiants – Some Kind of Loser

“Some Kind of Loser” is a superb band video by Jiants that will at times put a smile on your face and at others make you wonder what comes next. When asked about the song and the video, the Toronto-based quartet says:

Learning to let go of internal and external pressures is a continuous learning process. Our new track, “Some Kind of Loser,” was born out of a rough day in the studio that was followed by some upcoming shows falling apart in advance. I was half-joking around thinking about how much time and energy I was spending obsessing over music stuff and feeling like a bit of a dork. I think everyone can relate to that in some way. But that’s when it dawned on me that sometimes you might just have to learn to enjoy the rollercoaster because I knew that I was always going to continue making and sharing music, regardless of the results.

In her latest video “Too Late” Montreal-based singer/songwriter Maryze leaves much to the viewer’s imagination: what are those characters doing, and are they even in the same time and space. The music, however, is firmly rooted in the 80s, and so is Maryze’s irresistible appearance. She says about the song:

“I wrote this song when I was feeling both frustrated about wasting time, and also completely unable to motivate myself in the pandemic. I was kicking myself while I was down, which obviously isn’t helpful to get back up. For some reason, even if the lyrics are pretty depressing, the song came out upbeat and dancey. I immediately heard it with an 80s beat – the era of sad dancefloor hits.”

Hannah Cottrell, aka Saint Sinner, is a multifaceted artist living in Mexico City. Her latest future pop song, “Couch Business,” comes with intriguing visuals: pole dancing has been done before in music videos, but probably never with such dark, apocalyptic vibes.