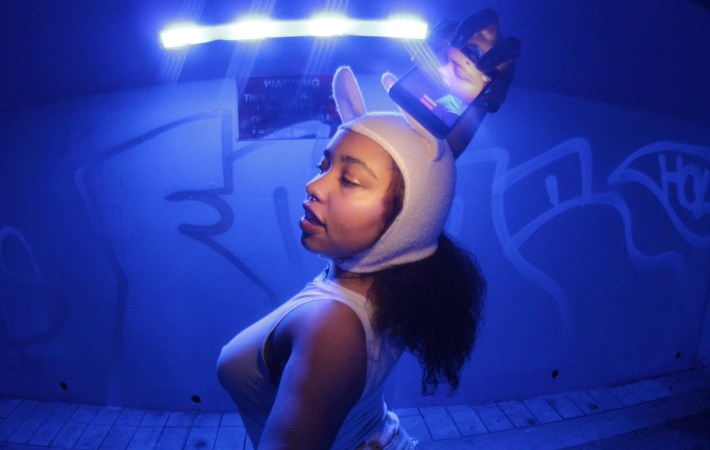 “End Song” is literally that: closing out the tab that humanity had been running over the centuries and let everything come to an end. But for U.K. singer/producer feeo, the apocalypse is not particularly gloomy – it is rather a natural event, and you have to make the best out of it. Like celebrating by playing a last future pop song elegantly blended out of several unlikely genres.

“End Song is about the stretch of time just before the apocalypse. The calm before the storm. Like a waiting room. Everyone sitting around reading magazines, checking their watches. “Shouldn’t this have ended by now?” Looking around the room waiting for God to put his big sandalled foot down and blow as all up.

Sonically, I wanted things to feel really wonky and broken. I was imagining going into a half-collapsed pub during World War 3, the air thick with dust and radiation. In the back corner is this band drunkenly playing Dub. The drummer keeps falling off his stool. The bassist is missing a couple of strings. The nuclear fallout has gone to everyone’s heads. I played bass myself in order to get the jarring metallic twanging that could only be achieved by a total novice.”

Watch the video for our Song Pick of the Day here:

Listen to “End Song” on your favorite streaming service or below on Bandcamp: