SONG PICK: Aerhart – Hold Me Closer Give Me Space 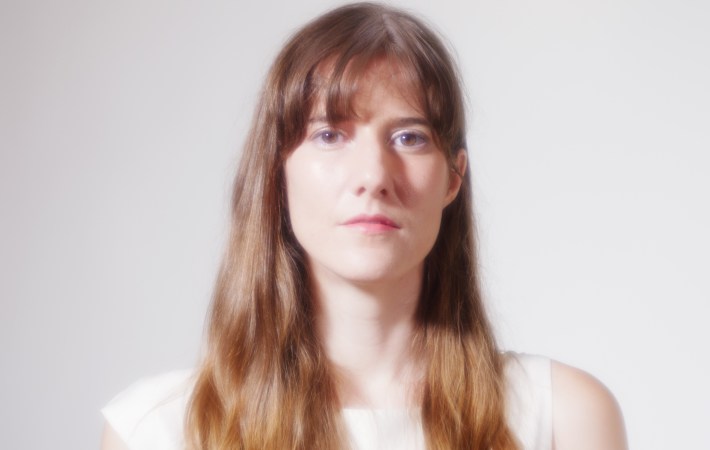 SONG PICK: Aerhart – Hold Me Closer Give Me Space

Aerhart is the project of Brooklyn-based singer and producer Amelia Wellers. On October 22, she will release her debut album “Wallflower,” a beautiful piece of experimental electronic music grounded by her ethereal vocals. The first single, “Hold Me Closer Give Me Space,” is driven by an intricate rhythm juxtaposed with choral harmonies and a wild bass line.

Amelia says about the story behind the song:

“I barely considered myself a musician when I wrote this song in 2017 – HMCGMS was more of a note-to-self about whether I wanted to return to a relationship. My life changed a lot after that, and the people and places that I considered going back to changed too. Throughout it all, this song managed to stay largely the same and increasingly relevant. I now consider HMCGMS to be a reminder to continue developing and following my intuition. However, I think it can, and should, mean different things to different people based on their own lives.”

“One day during a studio session in May 2021 while we were making WALLFLOWER, Kyle encouraged me to ‘just put harmonies everywhere’, something I’d been slowly discovering to be a strength. After he left for the night, I stayed back and told myself to let intuition lead the way. A chorus of what we now call the ‘evil angels’ emerged in just a few hours. I’m not a religious person, but I do think music and spirituality have always coexisted. I love that this song had room for this type of vocal arrangement, delivering a more supernatural incentive to be honest with yourself when asked ‘do you want to go back?’.

Listen to our Song Pick of the Day here: