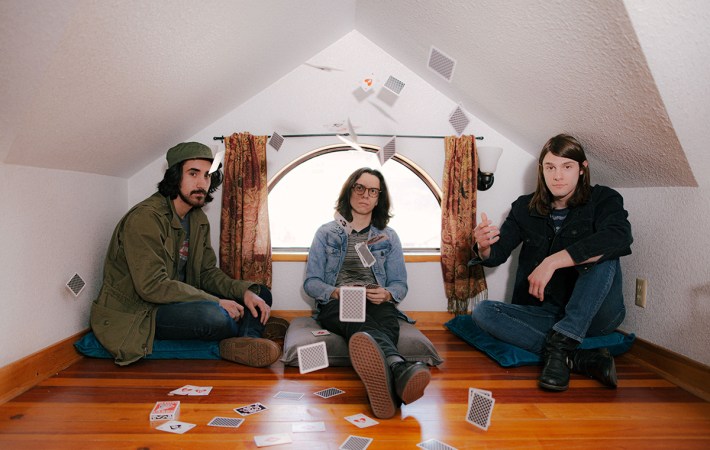 The vocal production is notable because we switched back and forth between two microphones for different sounds on different lines. When Matt was singing softer, we used one mic and when he was singing full voiced we used another. We felt by combining these sounds, we could compliment the duality in the lyrics that outline the frustration of interacting with ignorant people and how it can feel like a rollercoaster at times.

Furthermore, they say about the album:

Paper Tiger is a love letter to our many influences and predecessors in the vast genre of “Rock.” We wrote this record to engage the listener with a feeling of familiarity and hold their attention with originality.

Mission accomplished! This is precisely how I feel. Listening to the album, and “Moon Man” in particular, is like visiting a special place, where you always had the best of times and meaningful memories yet are about to make new experiences that will add to the precious memories.

Check out the charming band video that sees Josiah Rodriguez (guitar,) Lee Pickett (drums,) and Matt Morgan (lead vocals, bass) with their instruments and in different situations. The flow of the video is as mellow and lovely as is the song. The music video is directed, edited, and shot by Trevor Novatin, Kimberlee Christiansen, and Josiah Rodriguez. Listen to “Moon Man,” our Song Pick of the Day:

Connect with Ultraviolet Communication on Facebook, Twitter, and Instagram and add “Moon Man” to your playlist as we are adding it to our #glamglarepick playlist on Spotify and AppleMusic: