SONG PICK: Blake Morgan – Down Below Or Up Above (Video) 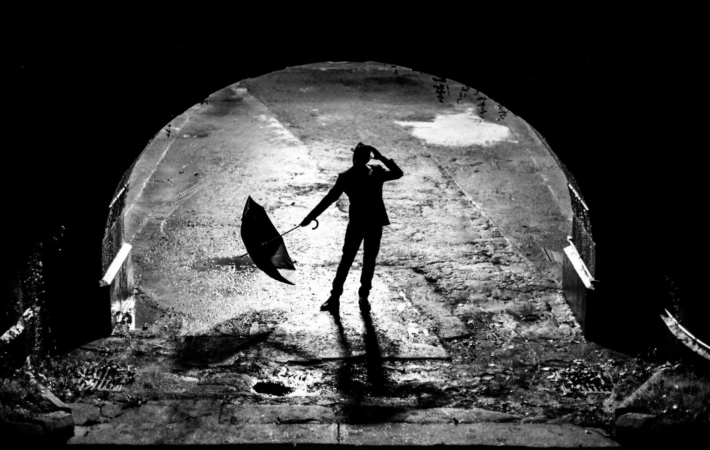 SONG PICK: Blake Morgan – Down Below Or Up Above (Video)

Maybe the atmospheric image of a fedora-wearing and umbrella-holding man, testing some dance moves under an archway in the secrecy of the night did the trick? The black and white image certainly invited us to instantly click “play” on the video link and indulge in Blake Morgan‘s beautiful new song and music video. His latest single “Down Below Or Up Above” is a timeless piece of beauty, showcasing Morgan’s gorgeous vocals and successful talent as a musician and producer.

The music video is like if Gene Kelly had starred in “The Third Man.” We shot in Central Park at night so I’m lit only by moonlight, street lamps, and a couple of flashlights when needed. Within ten minutes of shooting we were wonderfully unsure of what century we were in.

About the collaboration, Morgan adds:

Alice is a remarkable artist, she combines film techniques from ages ago and today, seamlessly. We looked at some of the videos Anton Corbijn’s made with Tom Waits which also have that feeling. We wanted something striking, something beautiful, but also something provocative and playful.

Connect with Blake Morganon Facebook, Twitter, and Instagram and add “Down Below Or Up Above” to your playlist as we are adding it to our #glamglarepick playlist on Spotify and AppleMusic: