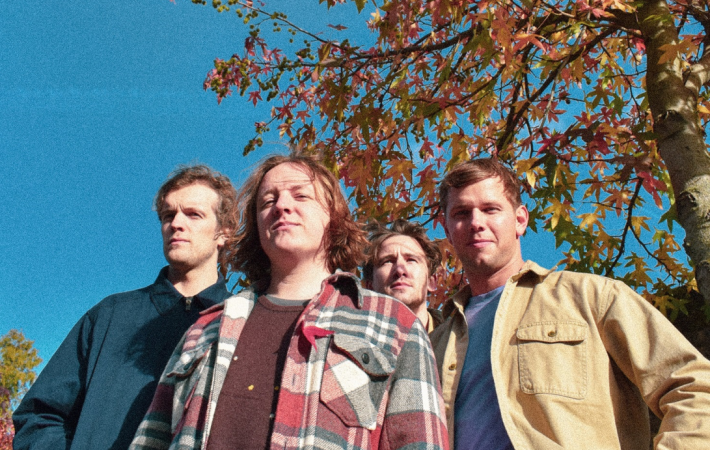 Two years ago, British four-piece Leif Erikson landed on our radar and with a new song titled “200 Times,” we were immediately intrigued. True to their style that we came to love, “200 Times” brims with dreamy, jangly guitars juxtaposed with harsher chords, that create a melange of alluring beauty. What stands out though are Sam Johnston’s versatile vocals and the exquisite guitar work which lend “200 Times” its irresistible vibe. The band’s frontman and songwriter, Sam Johnston, considers the lyrics to be some of his most personal yet. He says:

They hark back to when I was working as a chef, at the same time as avidly making music, and in true culinary fashion probably burning a little too much of that midnight oil… I was pretty physically and emotionally drained at times but had to really push through. That said it was a period of tremendous fun, friendship and creativity. They also have a mystical quality which I like to think has become part of my lyrical style. I was inspired by Yoko Ono’s fluxus score concept which is a really interesting artistic tool. The line “a thousand suns setting in the sky” is a nod to Yoko.