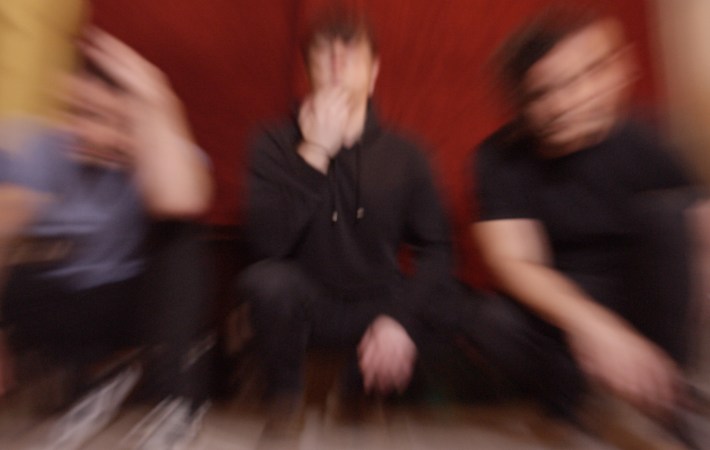 Filed Under: Album/EP, Song Pick of the Day — By: Elke Nominikat

When I came across Dance Routine, the three-track EP by British alternative electronic pop-band Dead Menace, I knew immediately that I wanted to feature “Moving to Japan” on glamglare because the song has plenty of heart in its infectious dark electro-beat body. It also helps that Dead Menace cites some acts as their inspiration that we were and still are rather fond of: The Prodigy, Noisy, and The Chemical Brothers. Naturally, I wanted to know a bit more about “Moving to Japan” and reached out to Kit, Jack, and Dan, the three brothers who together form Dead Menace. Kit says:

Moving to Japan is a fun one.. it feels unique, we love its sound and we’re very happy with where we arrived at on the overall production.
The song is about being in too deep, when you’ve seen all the red flags but walk straight on past them and instead get led by infatuation.

We’ve all had those moments in relationships, everyone has at least one story. The song is a comical and exaggerated take on what happens when the overreach of desire takes over and even though someone is offering you the world – you just don’t want it!

Listen to “Moving to Japan,” our Song Pick of the Day:

Connect with Dead Menace on Facebook, Twitter, and Instagram and add “Moving to Japan” to your playlist as we are adding it to our #glamglarepick playlist on Spotify and AppleMusic: