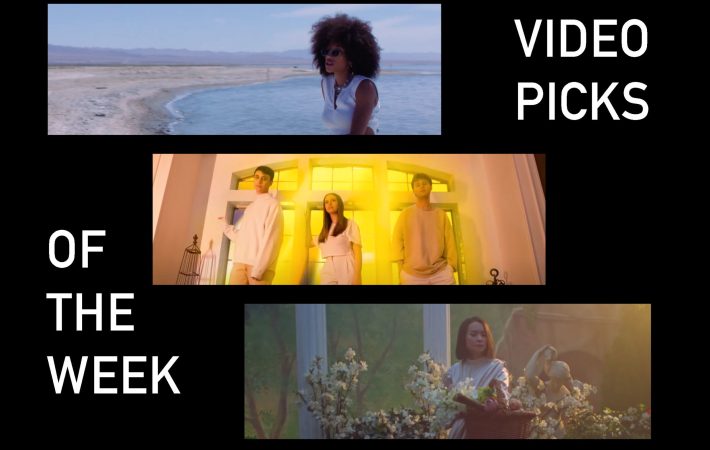 L.A.-based Natasha Pheko, aka BXB LOVE, went to the Californian ghost town of Bombay Beach for the video for “Losers.” The song is a celebration of the out-of-the-ordinary – something you might expect to find in a mostly abandoned beach resort. Natasha says:

“‘Losers’ is my call to all the outcasts, misfits, and wall flowers. To all the beings that feel like they don’t quite ‘fit in’ to the constructs and boxes created and perpetuated in our world today.

We love the subtle and the bold play with colors in the new video of Canadian three-piece Ludic. The video for “Judge Me” is directed by Maxton Cunningham and Nina Chen. The band says about “Judge Me:”

“Judge Me” is about feeling lonely in a relationship, like you can’t do anything right. The constant effort to try and change is not working, and being met with more criticism. It’s our first single off our forthcoming EP, which will be released later this year.

Together with her new album Laurel Hell, Mitski releases a single and video, the mesmerizing “Stay Soft.” The song tackles a subject matter that is maybe more at home in the metal genres than pop and this is what Mitski says:

“Stay Soft” was a more straightforward rock song when I wrote it on guitar, but the darkly sexual lyrics sung in that context felt too heavy and melodramatic. So we couched the depressing lyrics in an inviting dance beat, which is a trick people have used for hundreds of years. The remnants of the original grungy feeling can be heard starting at the instrumental interlude, when the distorted guitar comes in.

This song, frankly, is about hurt people finding each other, and using sex to make sense of their pain. This is by no means the correct way to cope with trauma, but it’s a thing people do regardless, and I always want to write songs about what we actually do, so that we don’t feel alone in them.

The video is directed by Maegan Houang who says about her vision:

This video is heavily inspired by Romanticism and paintings and artwork from the Victorian era. Like the lyrics of the song ‘Stay Soft,’ paintings from that era have a gentle quality, but they still evoke a certain feeling of unexplored darkness and danger. I want the audience to feel safe within this fabricated world and then realize that the character Mitski plays is being hunted. The violence lurking beneath the surface emerges, and yet is still transformed into something beautiful via dance. Through the dance sequence, Mitski’s character is able to conquer the violence, but not without irreparable harm to her psyche.