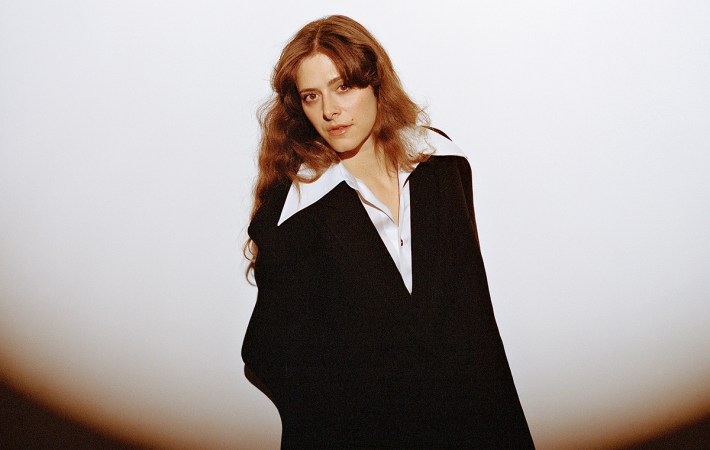 Hard to believe that the beautifully lush and alluring “Entertainment” would be a musician’s debut single. While the vibrant track, out via Arbutus Records, marks indeed Marci’s first release as a solo artist, she is no newcomer to the scene. Using Marci as her moniker, Marta Cikojevic plays keyboards in the Montréal band TOPS. Produced and recorded with her TOPS bandmate David Carriere, “Entertainment” is about flirting with fantasy.

“Entertainment” is having fun flirting with life, with lust, or without purpose. Its conception was uncomplicated, we took parts from a song that was proving difficult to finish, added some new ingredients and it came out like cake.

This makes me smile. It’s so charming and the analogy is spot on too because “Entertainment” sounds like the sonic equivalent of eating your favorite dessert. In bed, and not alone.

Listen to “Entertainment,” our Song Pick of the Day:

Connect with Marci, see her live while on tour, and add “Entertainment” to your playlist as we add it to our #glamglarepick playlist on Spotify and AppleMusic: