VIDEO PICKS: Carissa Johnson, iamamiwhoami, It Was All A Dream, Tamar Berk 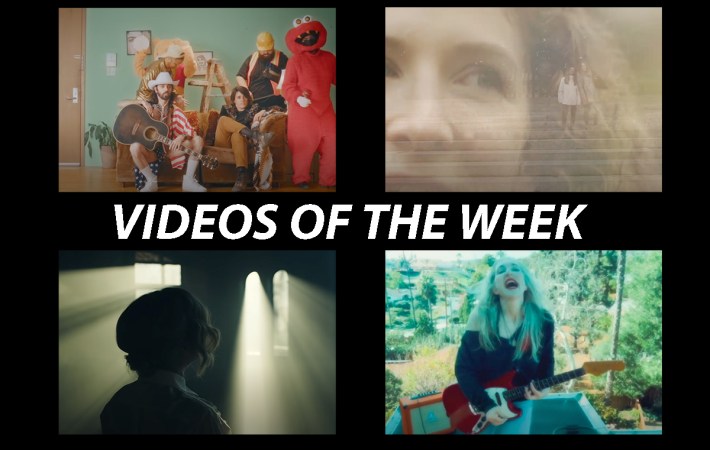 VIDEO PICKS: Carissa Johnson, iamamiwhoami, It Was All A Dream, Tamar Berk

“That I’m a tourist in a city I’ve never been, make it all make sense Lately I’m a tourist in my own skin, I just wanna go home” sings Carissa Johnson in her latest song “Tourist.” The single is accompanied by a superb video that will put a smile on everyone who’s ever been to a big city, particularly New York. The characters that appear in Carissa Johnson’s music video are spot on and it gets only better the longer it lasts. Granted, the characters only serve a deeper purpose, as Johnson explains:

This song came about from a feeling of feeling like a stranger to the life I was living during the pandemic. The characters from Times Square come into my apartment as if it happens every day and I’m numb to the experience. I think it’s a perfect way to visually depict the song because it’s a funny way of showing that feeling — it’s like being a tourist in a place you’re actually familiar with.

The video for “Tourist” is created and directed by Garrett Burns with assistance by Matt Leary, and produced by Jampson Films.

iamamiwhoami – don’t wait for me

Some may remember when Jonna Lee released a string of videos with an air of mystery in 2014, which led to her debut album “BLUE.” The strong visual language of those clips is inseparably linked to her iamamiwhoami persona and even to her solo project ionnalee. Her new video “Don’t Wait For Me” follows in the same roam, and even though Jonna seems to be more approachable, there are still many strange things going on.

It Was All A Dream – Kookaburra

The “Kookaburra” is native to Australia and New Guinea. It does not appear in the video, but it was another kind of bird that inspired the bright synth-pop piece during the collective spring awakening in 2021. It Was All A Dream, the duo of Amy Maskell and Sophie Lowe, explain:

“After a long, cold period of isolation in winter 2021, we met up in the early spring. We were at Sophie’s flat and Amy spotted a lovely bright bird on the branches of the oak tree outside. It was really comforting to be in its company as we watched it through the window. We were singing about the bird as we walked to our shed to play, and Kookaburra came out along the way. It is a song about coming through loneliness and finding hope.”

Indie-pop singer, songwriter, and multi-instrumentalist Tamar Berk released “Tragic Endings,” the second single from her upcoming sophomore solo album Start At The End. The track deals lyrically with what Tamar Beck was going through after having suddenly lost her father.  She asks: “Tragic endings happen all the time / will I be any different?”

Find out and watch the video now: