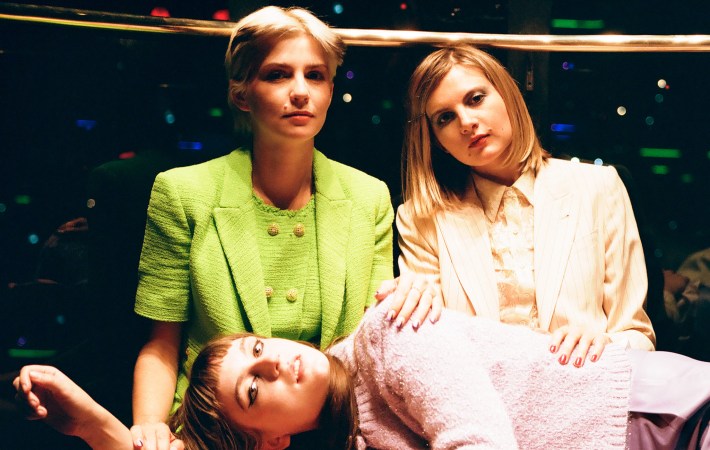 Automatic, the L.A.-based trio of Izzy Glaudini, Lola Dompé, and Halle Saxon does hard-hitting songs somewhere between rock and electronic. The bass-driven new song “Venus Hour” is “about whatever it is inside you that makes you want to do that thing that isn’t logical, or safe,” and somehow, you get the feeling that the story may not end well.

Automatic is releasing their second album “Excess” on June 24 via Stone Throw Records.

Listen to the song on Bandcamp: