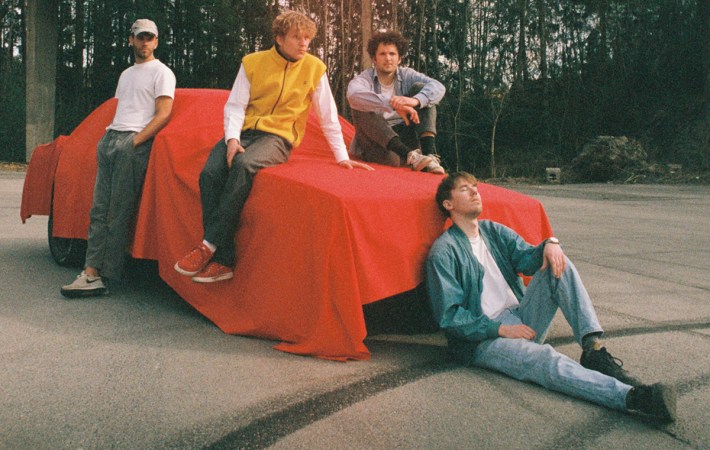 Norwegian dream-pop act MARBLES delight with irresistibly gorgeous “Heading Out,” the first single from their upcoming album, later out this year. With “Heading Out” they are addressing the joyous anticipation that ensues when planning a trip or even just leaving a buzzing city for a little while. Ferdinand Widmer (vocals, bass,  Marius Ringen (drums), Adrian Sandberg (synths), and Marcus Widmer (guitar) say about the song:

It’s not just about the luxury of being able to travel, it’s about finding your own little precious moment amidst your normal day to day situation. Maybe even just in your mind and with your imagination! Being aware of a contrast between your everyday life and what you feel can be – and what you can do. Defining it is up to you.

This feeling is beautifully captured in the joyous, calming flow of the song and lyric pieces like “fly me to the moon, Sunday afternoon” – relatable and oh-so laid-back! I know exactly what MARBLES are talking about and “Heading Out” is the perfect backdrop for a little daydreaming, calming down, and enjoying the moment.

The cover art picks up on the theme, as it is an old photograph of Marius Ringen’s father. The drummer says that the shot “captur[es] a specific and beautiful moment in his life – taken in 1989. A frightening leap leading to a feeling of freedom and exhilarating reward.”

And just like that, let’s head into the weekend by listening to “Heading Out,” our Song Pick of the Day:

Connect with MARBLES and add “Heading Out” to your playlist as we add it to our #glamglarepick playlist on Spotify and AppleMusic: