Glass Violet – A View From The Vale 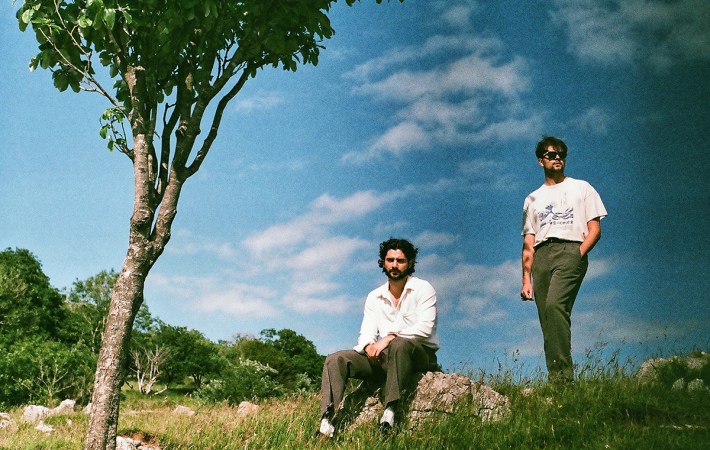 Glass Violet – A View From The Vale

Get ready to enjoy a track for a few more than just three or so minutes. Bristol-based indie-rockers Glass Violet just released the gorgeous “A View From The Vale” which clocks in a little over six minutes, but they pass by sooner than you think, leaving a little void and the desire to instantly start again. Alex John (songwriting, producing, guitar) and Tom Hurdiss (lead vocals, songwriting, guitar) say about their new single:

The long-form song isn’t something that we’ll doing too frequently, but we tapped into something whilst making the track that felt different to anything we’d made previously, it felt much grander, unique, and more thrilling than ever before. Once it became clear that we had a slightly longer form song on our hands, the goal then became to make a 6 minute track feel like 3 minutes, we spent a long time trying to execute this and making sure that each section of the song flowed to the next as if it was a film gliding between scenes, slowly building to the dramatic finale.

Live, the two are joined by Matt West (drums), Josh Walsh (bass), and Declan Pollard (synth, keys), and here’s hope that they’ll make it over to New York one day too. With its wistful yet beautifully vibrant vibe, the track touches lyrically upon the past, about which Glass Violet say:

The song is about drawing old memories out from the vaults of the past and reflecting on them with acceptance years later.

Listen to “A View From The Vale,” our Song Pick of the Day:

Connect with Glass Violet and add “A View From The Vale” to your playlist as we add it to our #glamglarepick playlist on Spotify and AppleMusic: