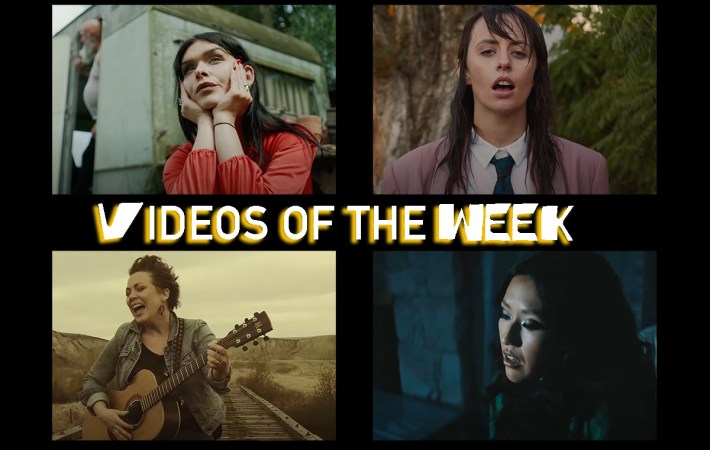 Bessie Turner – It Was Nothing

U.K. singer/songwriter Bessie Turner released a highly enjoyable video directed by Kris R that shows her having summerly fun. The song, on the other hand, is about the complicated side of friendships, as she reveals here:

“I wrote the seed of ‘it was nothing’ years ago now. It’s about the loss of friendships and me trying to find peace and reason in a situation. I’m always the most sorry person in the room and take responsibility for things even if they’re not mine to carry, like if someone ran me over I would apologise for touching their car. I still haven’t found complete peace but at least I’ve made a little ditty. De nada, de rien, don’t worry about it, it’s kind of ironic and sarcastic I guess because I really, really care. The song is full of high and low energy and I wanted it to feel like a burst of emotion. The ending is a kind of sarky feel good end of play – it’s my favourite part of the song.”

Behind the moniker Gordi is Los Angeles-via-Sydney artist Sophie Payten who is about to release her new EP Inhuman on August 19th via Jagjaguwar. The six tracks that comprise the EP came together from a range of sessions over the years in Reykjavik, Los Angeles, Melbourne, and Eau Claire, Wisconsin. While the video for “Inhuman” premieres tomorrow, we think that “Way I Go” still deserves a feature, too, with its calming flow and simply beautiful production. Besides, it’s summer, and I also finally could float in a lake, and a pool like Sophie in her video does.

Watch the video, directed by Triana Hernandez, with cinematography, edit, and grade by Sam Mapplebeck, now:

Singer/songwriter Ollee Owens introduces us to her grandmother’s wisdom and influence on her in her new song “Raging Fire.” Exploring the theme of the song and its video a bit more, Owen says about her grandmother:

She used to say that our tongues have the power to burn folks to the ground…it is so important to watch what we say or we may find ourselves helplessly standing by as the consequences of thoughtless words take full effect.

Agreed! The video was filmed on location in Alberta, Canada, by director Travis Nesbitt.

In “Body,” Vancouver-based musician Serena Sun deals with sexual assault by a friend. The video visualizes the healing stages after such a terrible experience.

“After my experience with sexual assault, it took years of me going through different stages of healing before I felt like my trauma no longer had a hold on me. Writing and releasing “Body” was my version of triumph and a way of expressing to others who have experienced sexual assault that they’re not alone; they can take their power back. Through this video, I hope to raise more awareness about sexual assault, as its still a prevalent problem in our society; with more open and public discussions about sexual assault, we ask our peers to aid SA survivors in our demand for systematic changes. I hope those who are watching this video, and those listening to the song, gain a better understanding of the range of emotions that follow being sexually assaulted and are convicted and embodied to use their voices to enact positive change.”