Andrés Alcover – Where Did We Go Wrong? 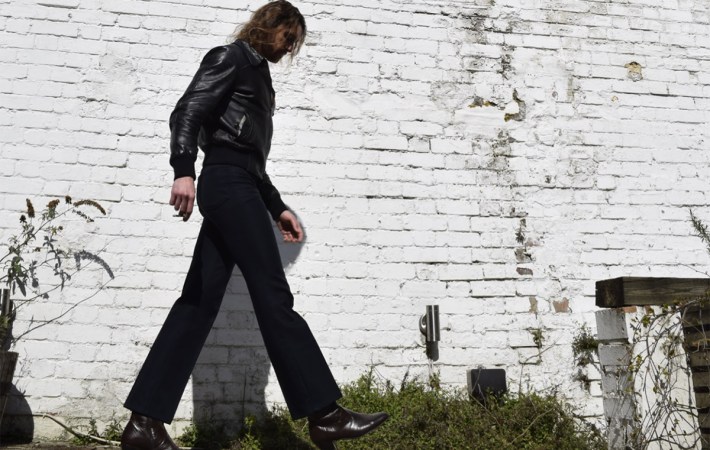 Andrés Alcover – Where Did We Go Wrong?

Andrés Alcover‘s double single “Where Did We Go Wrong?,” and “Resigned” remind me of a flurry of favorite sounds from my early teenage years in the late 70s. I hear John Lennon vocally and a bit of a Ringo Starr rhythmically, paired with a bit of Gary Rafferty warmth and Elton John piano. Beautifully nostalgic, yet with a crisp, contemporary production. Written, produced, and arranged by Andrés himself, the artist says about the track’s production:

I wrote the song a couple of years ago, my time split between Spain and the UK, and recorded it at my flat in London. However, the drums were recorded in an old abandoned theatre-turned-studio in Majorca by Spanish drummer and good friend Tomi Solbas. He created the perfect sound to accompany the rest of the instrumentation, and you can really hear the room’s texture.

This explains why the drums caught my ear, an instrument I often only give an afterthought. The feeling of the song is simply magnificent. But what about the lyrics? The gentle vibe is about to lull us in; however, there’s quite the story behind the song. Alcover explains:

I lived quite fiercely through my early 20s; somewhat blindly in pursuit of a dream, an end-goal that I was convinced would just land eventually. I felt like that time flashed before my eyes and I suddenly collided with my own existence. So much had happened but I felt like I had nothing to show for it, just a crippling sense of emptiness and detachment from reality. It seemed delusional, even irrational, to feel hopeful but somehow the feeling still lived inside me along with the ragged remnants of whatever dream I’d had for myself. I think the song was inspired by this realisation, and also by the realisation that I’m still young and it’s better to keep chasing something than nothing at all.

I couldn’t agree more! Never stop chasing, even when the thing or the idea you’re after might change over time. In essence, this is about never giving up your dreams. As for the B-side, “Resigned,” sounds for me a bit as if Jeff Buckley was flirting with surf-rock – such a great, beachy vibe!

Listen to “Where Did We Go Wrong?,” our Song Pick of the Day, and continue with “Resigned:”

Connect with Andrés Alcover and add “Where Did We Go Wrong?” to your playlist as we add it to our #glamglarepick playlist on Spotify and AppleMusic: