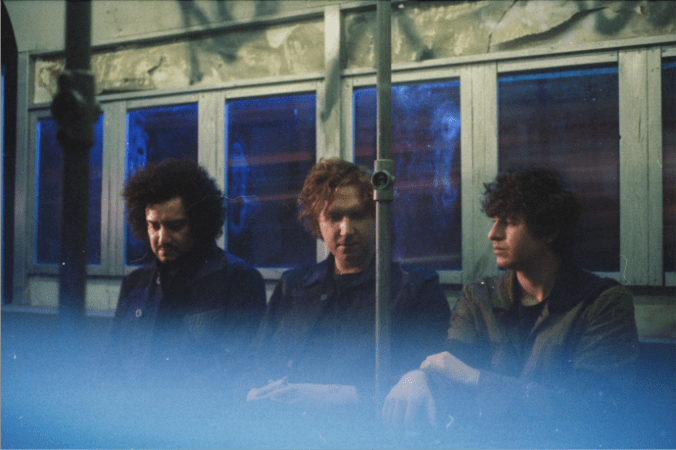 When I learned that The Kooks have a new album coming out, my heart did a little happy jump because these Brighton indie-pop rockers are one of my favorite British bands, hands down. Earlier this year, we already got a taste of the album with the three-track teaser Connection – Echo in the Dark Pt. 1, and now, we can enjoy all ten songs on the fabulous 10 Tracks to Echo in the Dark.

Ever since The Kooks’ debut album Inside In/Inside Out, I was hooked, and without the many streaming possibilities that are available now, found myself spinning the CD (yeah, vinyl wasn’t a thing in the ’00s either!) countless times. The Kooks’ fourth studio album Listen even made it into my favorite albums of the decade, so of course, I am featuring their new single and video “Cold Heart” today, and happily so.

Directed by Polocho and shot in London, the visuals find the band inside a futuristic space station when alien beings begin ‘experiments’ on them. Clearly, an homage to 2001: A Space Odyssey, the video incorporates an AI ‘cold heart’, which trembles in frustration when the aliens find themselves warming to the ‘humans,’ eventually getting lost in dance as the band plays their music.

The Kooks were coming back from a whirlwind worldwide tour, and frontman Luke Pritchard vowed to take it a bit more slowly. But life writes its own stories, as Luke explains:

I started going to Berlin for three or four days at a time. I was really affected by Brexit and I wanted to make a bit of a statement by creating a European record. We’re a European band, we practically lived out there and have so much love for Europe, so we wanted to keep that connection.

Luke teamed up with Tobias Kuhn to co-write and produce the bulk of the record, but then along came COVID, and things took yet another altogether different turn. Luke and Tobias finished the album via Zoom sessions until the rest of the band, Hugh Harris (lead guitar, synths, bass), and Alexis Nunez (drums), could contribute as well. In the meantime, Luke also got married and became a father for the first time, which both affected him positively. Luke says furthermore:

I really hope that sense of inner peace comes across,I really want to have fun with my life at this point. But also – it’s kinda a reflection of what I was feeling in real-time in a pre-and-post COVID world. I was reading a lot of sci-fi – like Philip K. Dick, Azimov and surreal stuff like Boris Vian – which is obviously really distracting from what’s going on in the world, but helped me be imaginative with the songs.

In the pandemic, I had a good amount of time to look over our albums and feel proper proud and lucky. This album is a real thank you to our fans for sticking by us for so long, we hope you love it.

Thank YOU! I love the album and cannot wait to enjoy it later tonight, as a kick-off into a weekend filled with music and a long-awaited live show of another glamglare top favorite band… but I digress. Listen to “Cold Heart,” our Song Pick of the Day, and watch the cinematic video:

Connect with The Kooks and add “Cold Heart” to your playlist as we add it to our #glamglarepick playlist on Spotify and AppleMusic: