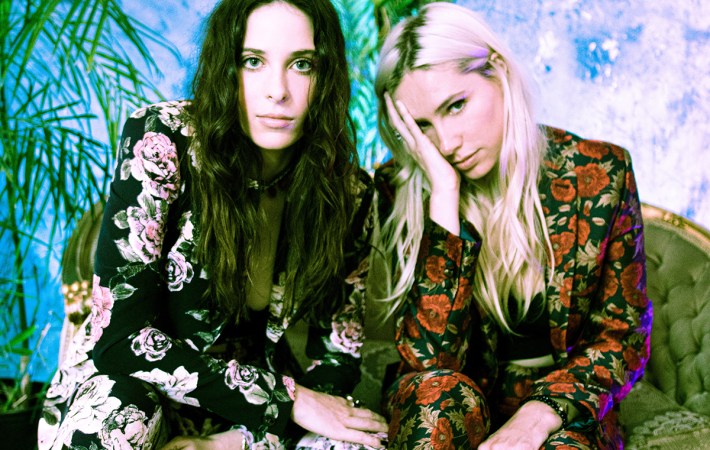 Electronic alt-pop duo Kimi Stär (pronounced Kee-mee Star) consists of indie house producer/vocalist ZOSIA and pop singer/songwriter Kaitlyn Kaerhart. The two artists had originally met in Los Angeles, CA, and soon thereafter moved both to Brooklyn, NY, where they decided to form a band. Their first single was “Wildfire,” followed now by the bright and sparkly and quite mesmerizing “Bodies.” At its core, “Bodies” deals with the aftermath of a broken relationship, about the magic that once was there and the strong pull it still holds. ZOSIA and Kaitlyn Kaerhart say:

We’ve all been with someone not right for us, yet we stay with them longer than we should because of this magic. When we finally try to leave, every little thing reminds us of the ex. When we close our eyes every memory haunts us. Bodies is about the thought of being doomed until one day the courage is found to move on and finally be able to breathe again.

Kimi Stär has an EP coming out in the fall, and we can’t wait to hear more of the two! Listen to “Bodies,” our Song Pick of the Day:

Connect with Kimi Stär and add “Bodies” to your playlist as we add it to our #glamglarepick playlist on Spotify and AppleMusic: