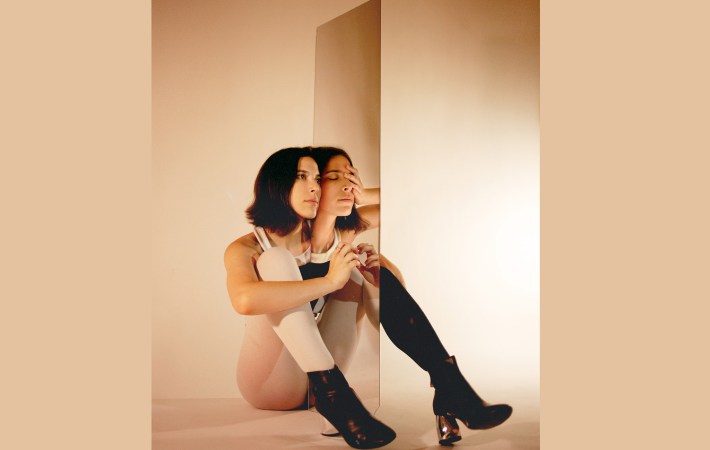 “Ever” is a big word. Singer and producer Janna Pelle, who made her way from Miami to the woods in Upstate New York, feels ready to tackle “Ever” from two very personal angles.

First, Janna takes you back to the past. Asked about the background of the song, she explains:

“This song is an exploration of the meaning of ‘forever.’ In the first verse/chorus, I am talking to my Dad – and how I’ve realized through his death that love really does last forever – it hasn’t diminished, and like a phantom limb, I still do feel his love every day despite the fact that he is not here in the physical form. It is this realization that makes me believe in the “forever” kind of love for a partner, which I was previously skeptical of. His death also has completely altered my view of whether or not ‘everything happens for a reason’ / my constant desire to assign meaning to everything; sometimes shit just happens, and since his death, I’ve felt his constant attempts to reassure me not to try to look for an explanation for everything; sometimes things just are.”

Indeed, one has to often take things as they are, even if they don’t make sense. But you can always believe in the future as Janna does in the other part of the song.

“In the second verse/chorus, I am talking to my fiance – where I kind of describe the nature of our understanding of ‘forever’ – we feel confident in our desire to be together forever in a no-pressure kind of way; whether we’re legally married, have a traditional wedding or not, we’re in no hurry, and love the go-with-the-flow approach to life we both share. What’s the rush when you’re going to be together your whole lives?”

“Ever” has an undeniably nostalgic feeling to it and reflects the desire to find time to think about the big things in life. The song will be on Janna Pelle’s fourth album, where she plays drums, guitar, and keyboards. It is also the first record she entirely self-produced.

We are excited to premiere this beautiful Song Pick of the Day from such a talented and multi-faceted musician. Listen to “Ever” below on SoundCloud or Spotify: