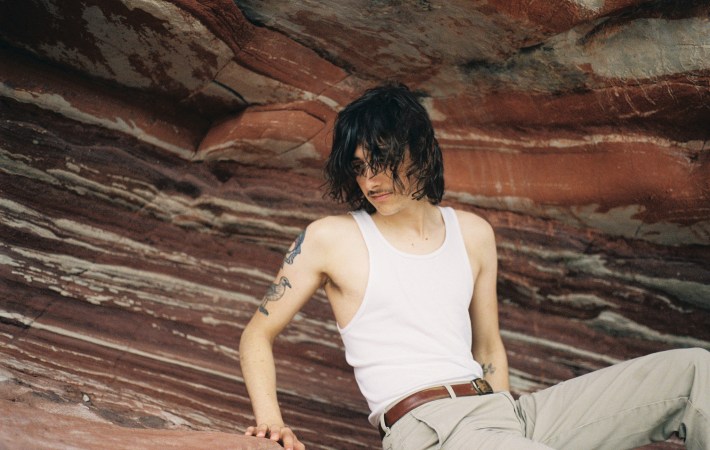 Crunchy guitars, breezy synths and charming vocals build the foundation of “Heather,” the new brilliant single by Glasgow’s Lloyd’s House. “Heather” is catchy from the start and gets better and more intense as the track develops. Who knew that bicycle bells could be put to such excellent use? Lloyd’s House is the eccentric brainchild of Lloyd Ledingham, who says about his newest track:

I’ve always been into catchy melodies and hooks, but sonically “Heather”’s a bit more weird, a bit more crunchy. a lot more impactful. A big part of that is having recorded it with a live band.

It’s probably the most cliche emo thing to write about, but a lot of the themes in the song are wanting someone but knowing that you can’t have them. But trying anyway, because it’s the only option you have. It’s a lot of self pity, trying to find comfort in discomfort. Feeling like it’s easier to want someone that you can’t have than move on, process it and deal with it.

Clichés are okay, and artists take inspiration from the same topics and themes all the time, and that builds human connection and interaction. Listen to “Heather,” our Song Pick of the Day:

Connect with Lloyd’s House and add “Heather” to your playlist as we add it to our #glamglarepick playlist on Spotify and AppleMusic: