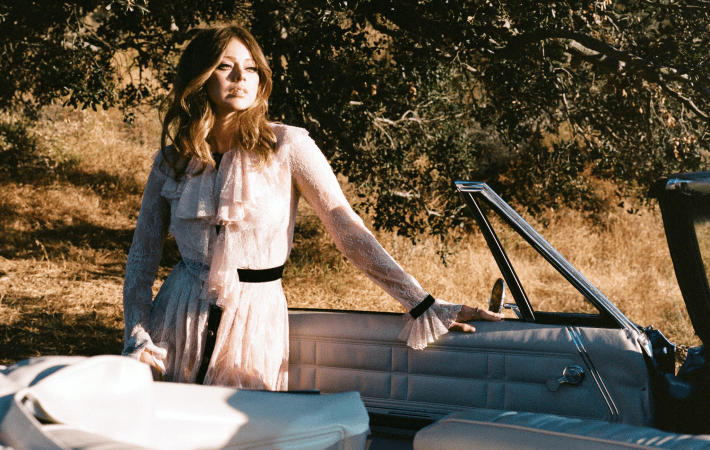 Cities can do this: even if you live right in the middle, you can still feel disconnected and estranged. In her melancholic new song Stranger, Ruth Radelet reflects about the peculiar connection to her hometown. She reveals:

“Stranger” is about a specific kind of loneliness that I have only felt in Los Angeles. Although the song is very much about longing, it’s more about a place than a person,” she elaborates. “The lyric ‘I could never hold you in my hands’ is about the feeling of always being on the outside looking in, of the city never fully opening its doors to me.”

Director James Manson adds the perfect visuals to her sentiment: we see Ruth driving and walking through a city that feels unreal like in a movie, even though these are the very images of L.A. we all know well. Watch here:

Ruth Radelet also announced her debut EP, “The Other Side,” for October 7. Listen to “Stranger,” our Song Pick of the Day, below: