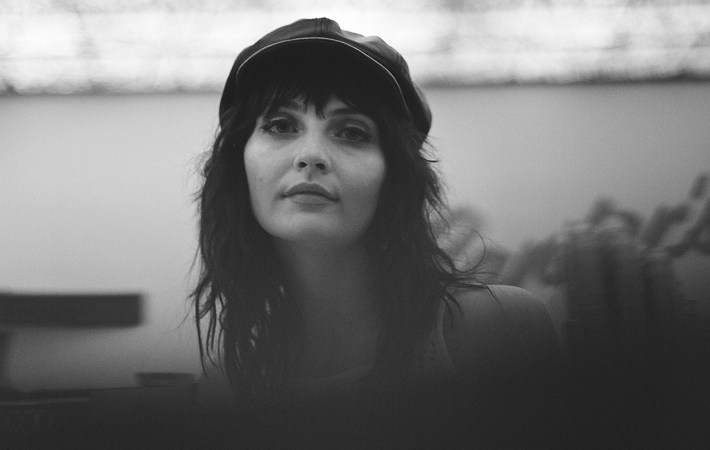 Where is 444 Marcy Avenue? If you look at the map, it is a non-descript residential building in the Bed-Stuy area of Brooklyn. But that is not what indie rock singer/songwriter Scout Gillett means. She explains:

This song was written to encourage my friends and myself to surrender to the present moment and give this whole being alive thing our best shot. 444 is my angel number that I’ve seen since deciding to move to New York in 2017. Marcy Ave is a special place to me, where I’ve made a lot of my fondest memories living in New York.”

Not far from Marcy Avenue is The Broadway, the venue where she celebrates the single release with a show tomorrow, on September 24. If you can’t make it, there is a self-directed video that includes a live performance as well. Here is where the spaced-out costume comes from:

“It was inspired by a daydream I had in December 2020… I have no idea why… maybe it was just apocalyptic times? I was listening to ‘444 marcy ave’ on my stoop in Brooklyn and all I could see was a space-suit and a disco ball head dancing around. I called Katy to share the idea and we just got so lost in this world. I had so much fun designing this costume with her.”