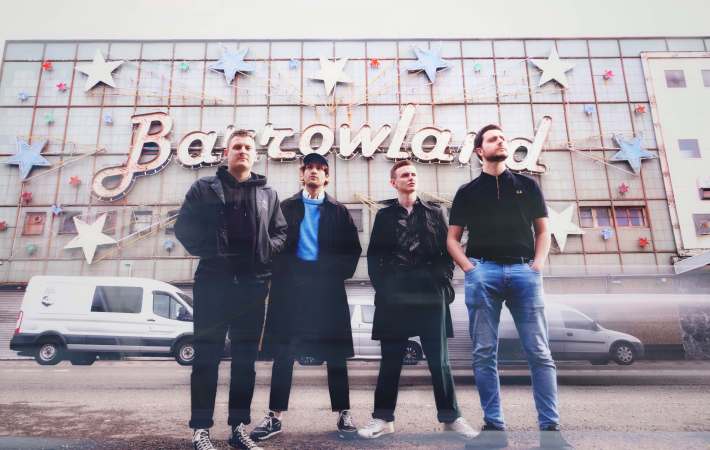 Scottish indie-rockers Declan Welsh and The Decadent West gear up for their sophomore album, and the new single “Mercy” promises greatness! To celebrate the single’s release and the upcoming album (for 2023), the band plays a hometown show at Glasgow’s iconic Barowland Ballroom on November 18th. That brings back treasured memories for me, when I saw The Might Lemon Drops at said venue, basically when I was as young as Declan and his bandmates. And while time passes and a lot of things change, one thing does not change: the tremendous difficulty of overcoming addiction, which comes in many different shapes and forms, which inspired “Mercy.” Frontman Declan Welsh says about their new song:

It’s about how hard it is to chuck habits. Drink, cigarettes, drugs, food, social media, people, relationships – everyone’s been in a situation where they are in a bit of a loop of wanting to walk away from something and getting sucked back in. It’s what the song sounded like, not the real lows of that kinda thing but the last remnants of the high, when you are still getting something from it but you’re starting to know you’ve got to give it up sometime soon. The Id and the Superego battling it out and the Id winning for one of the last times”.

The band could enlist Gianluca Buccellati (Arlo Parks, Easy Life, Biig Piig) to produce their upcoming album and this should be exciting!  Listen to “Mercy,” our Song Pick of the Day:

Connect with Declan Welsh and The Decadent West and add “Mercy” to your playlist as we add it to our #glamglarepick playlist on Spotify and AppleMusic: