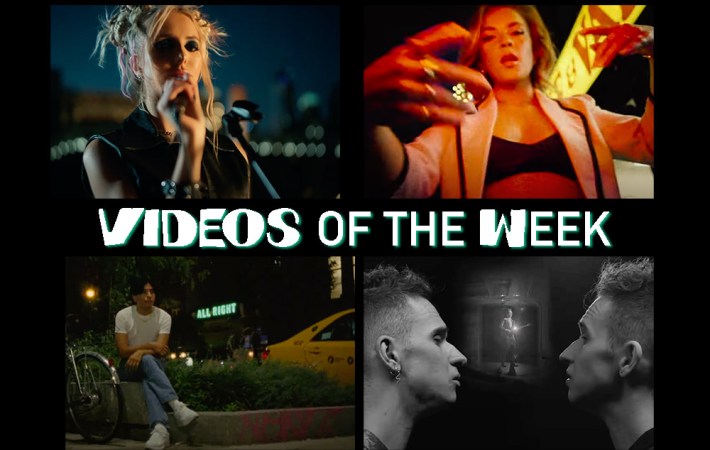 Her boyfriend cheated on her in Vegas from all places, and Californian singer/songwriter Ceara Cavalieri shouts a big “Liar Liar” in his face. The video includes a classic, engaging LA rooftop performance like this one without the cops.

The “Cool Killer” in question remains unseen in the video. Still, the video suggests that he stalks to steal the hearts of his victims in nightly urban settings. But Canadian singer/songwriter Noelle came out stronger on the other side.

Call us biased, but a video with New York City as the backdrop is always a winner in our book. Make the video play out -in parts- in our own neighborhood, bingo! Of course, there’s more to a good video than an appealing setting, and “Why Do I Dream Of You,” the new single and music clip by Brooklyn-based indie-rockers S.C.A.B. offers a fantastic, guitar-driven song too. We are excited to see frontman Sean Camargo, whom we’ve known for several years -and in different formations- having found his sound – and band. Join us on November 11th, when S.C.A.B. celebrate the release of their self-titled sophomore album at Baby’s All Right. This will be an amazing show; trust us!

Slye – Do You Dream In Black And White?

Slye is a great songwriter, gifted vocalist, and guitarist who knows how to create songs that are as intimate as they are catchy. The Liverpool-based artist released the EP Shades of Blue earlier this year and now offers a cinematic video for the beautifully haunting single “Do You Dream In Black And White?” Slye says about the video:

For this song, I wanted to create a video that creates the same feeling of abstraction and separation that the lyrics hint at.