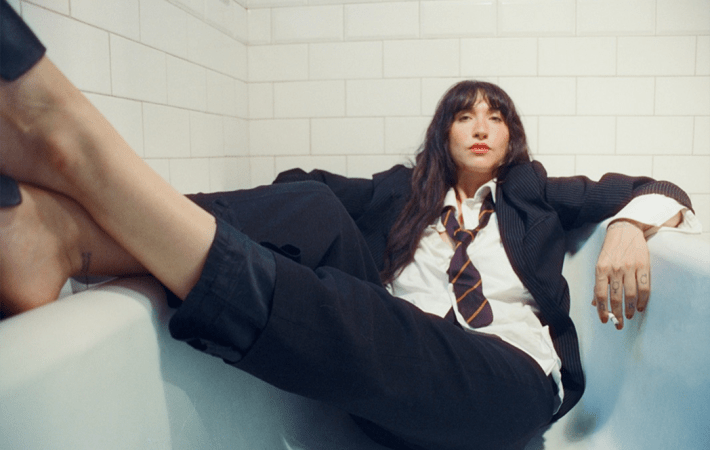 While only in a tiny supporting role, a music video with the cameo of a downy woodpecker (2:48) is already a winner. Shirley Hurt‘s new song and video, “Problem Child,” mainly portrays the artist and another woman, who might or might not be her mother or grandmother. Regardless of their relationship, both women seem to have a lovely time together. They are about to create a peach pie that looks as delicious as it tells its own story like good things take time and don’t come without putting a little effort into it. Shirley Hurt is the moniker of Toronto-based musician Sophie Katz who announces her self-titled debut album Shirley Hurt with “Problem Child.” The album will be out on December 2, 2022, via Telephone Explosion Records. It showcases Katz’ different styles and influences and promises to be excellent.

Listen to “Problem Child,” our Song Pick of the Day, and enjoy watching the video directed and edited by Eli Spiegel:

Connect with Shirley Hurt and add “Problem Child” to your playlist as we add it to our #glamglarepick playlist on Spotify and AppleMusic: