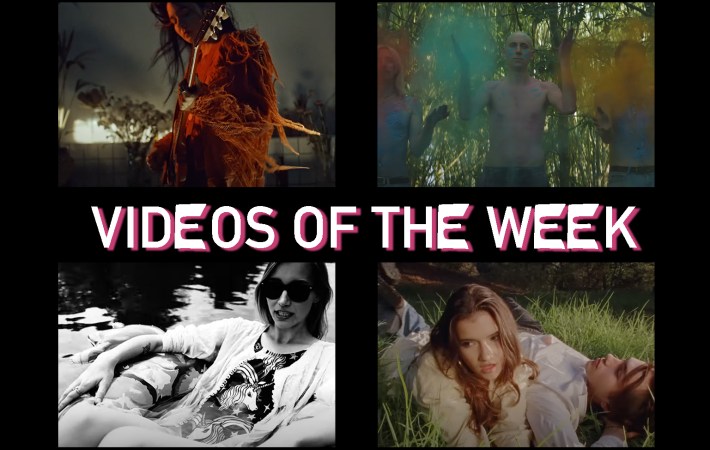 Detalji is a Finnish producer, singer and songwriter. It has been a while since her last release, but now she is back with a cover of Closer that fuses her native techno-inspired sound with classic Nine Inch Nails sensibilities. The song comes with a dark, moody video directed by Teemu Antero and Patrik Sundberg.

Dubinski – Fall Right In The Grave

“Fall Right In The Grave” is the latest track taken from Dubinski‘s upcoming self-titled album, out November 11th via Gnu Roam/Kartel. The Edinburgh-based quartet plays hard-hitting indie-rock similar to contemporaries like Shame or Fontaines D.C.

Unlike the aforementioned acts, Dubinski is a band of four brothers: Eugene, Fergus, Donal, and Eoin Gaine, and their band name is a tribute to their late mother’s, Eugenia Dubinski, maiden name. I’d say, the four know a thing or two about having to deal with losing a loved one that’s why their song and music video are certainly more than just a gimmick. It’s a very compelling piece of art, and I am looking forward to listening to their debut album!

Hailing from Rotterdam, the Netherlands, non-conformist artistic collective Eruption Artistique is on a  mission: they strive to enlighten everyone with pure indie rock ‘n’ roll and absurdist clips. Eruption Artistique, is as the name already suggests, a group consisting of musicians, filmmakers, photographers, and actors. They say about their new, highly fascinating music video:

Lexi Jayde – what’s the matter with you

LA-based singer/songwriter Lexi Jayde is literally beside herself when she is ruining a relationship for no good reason. But sometimes, the time is just not right for falling in love.