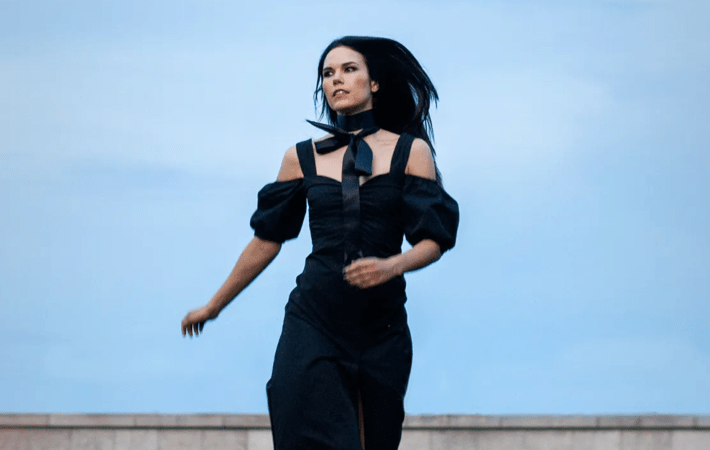 The brooding and utterly mesmerizing “Sword” is the new single by Canadian artist littleuniverses. While the track flirts with darker tones that became popular during the 80s, it is also as catchy as a pop song can be and settles comfortably and irresistibly somewhere in the middle. Think of the softer side of post-punk like Depeche Mode and the darker side of contemporary skillful pop like Billie Eilish.

As brillliant as a singer, littleuniverses truly convinces as a performer when starring in her own video. The push and pull between the different scenes and moods is very well captured. Asked about “Sword,” the artist says:

“Sword” is a love story about someone who fetishizes the digital version of their muse but continues to yearn for their muse in their true human form. As much as tech enhances facets of our lives, there is nothing that can substitute human touch. littleuniverses says, “I have seen people become incredibly sexually attracted to something that is not real and be in a state of dissatisfaction. I am led to believe that only human interaction can completely satisfy human desire.

Listen to “Sword,” our Song Pick of the Day, and be sure to watch the video too:

Connect with littleuniverses and add “Sword” to your playlist as we add it to our #glamglarepick playlist on Spotify and AppleMusic: