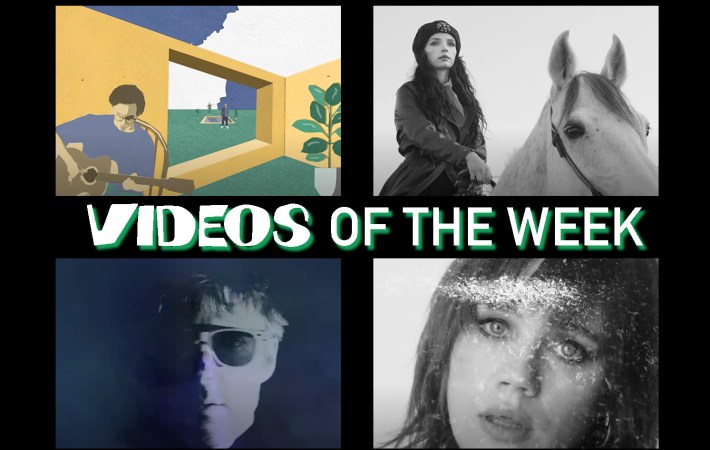 Awkward Branches – A Frame (Not a Window)

Awkward Branches is the new project of singer, keyboardist, and former Fiction frontman Mike Barrett and close collaborator and guitarist Phil Swan. While they’ve been working together previously in various projects, they finally came to the conclusion that it is about time to do something together, just the two of them. The result is utterly charming and irresistibly beautiful. The accompanying music video supports the joyful vibe.

Created by Mike Barrett, he says about the animated video:

The video began life as a simple zoom through abstract spaces, inspired by a craft-paper collage Phil had made as a potential EP cover. Using a blend of hand-drawn elements, original footage and AI-assisted animation techniques, it soon evolved into a somewhat labyrinthine journey across a variety of fantasy landscapes, culminating In the slightly tongue-in-cheek / slightly deadly serious ascension to heaven for the final scene. Mostly it was a chance to indulge my affection for kitsch architectural forms, potted plants, and – in a nod to the first line of the song’s lyrics – the illusive joy of dogs.

Gal Musette is not from France – she hails from Southern California, and her real name is Grace Freeman. Nonetheless, she is not only singing in French, but director Maria Garcia also perfectly captures a poetic film noir atmosphere in the video. Also, there is a horse starring in a major role.

As longtime fans of the shoegaze band Film School, our attention was piqued when we learned about this father and son project. “Dream State (I’m Vanishing)” is the project of Nyles Lannon (vocals, guitar in Film School) and his sun Skye Lannon (drums), who used the pandemic-forced downtime to create music together. Nyles says about their debut single/video:

I just wanted to close my eyes and float away, and that’s what the song was about. This song was probably one of the fastest songs (lyrically) I’ve written. It was true escapism – wishing I could ignore the physical world completely. We were working on this during the early part of the pandemic, during lockdown, and things were kinda bleak: there was no vaccine yet, the numbers were climbing, and I was dealing with pretty nasty back pain from a herniated disc.

Skye adds about the songwriting process:

The pandemic somewhat inspired it. It encouraged it in the sense that we didn’t have other things to do. It was easier than usual to work on music because of all the free time.

It’s fantastic to hear when the downtime could get put to good use. We totally dig the flow of “Dream State (I’m Vanishing),” sonically and visually.

The WAEVE – Can I Call You

The Waeve is the duo of Rose Elinor Dougall and Graham Coxon. Their debut album is out next February but in the meantime, check out this video full of visual and sonic surprises, directed by David J East.