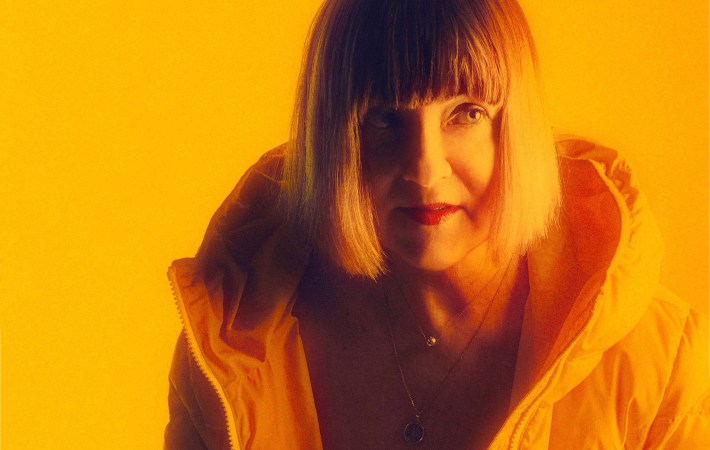 Spaces Of Disappearance is the project of Barcelona via Chicago singer, songwriter, and producer Elaine Davis. We have been following Elaine and her music for quite a while and admired the way she uses her rich vocals and production skills to create dark and sometimes unsettling electronic soundscapes. Today, she released her third EP, “Virtue.”

Listen to the EP below and then read on to learn more about Elaine’s musical journey:

How did you get into writing and producing music? Who were your early inspirations?

I started writing music because I was first a singer, and I began thinking of how to sing my own thoughts and ideas. I found it so much more rewarding than singing songs written by others. I initially organized a 4 piece band, but I became increasingly intrigued by electronic production, particularly from artists in the early 2000´s, producers like Nigel Godrich, James Murphy, and Grimes. Electronic production allows me to explore more sounds, feelings, and rhythms than I ever thought possible. In short, total freedom to experiment. Also, I am a terrible guitarist so that wasn’t really an option! 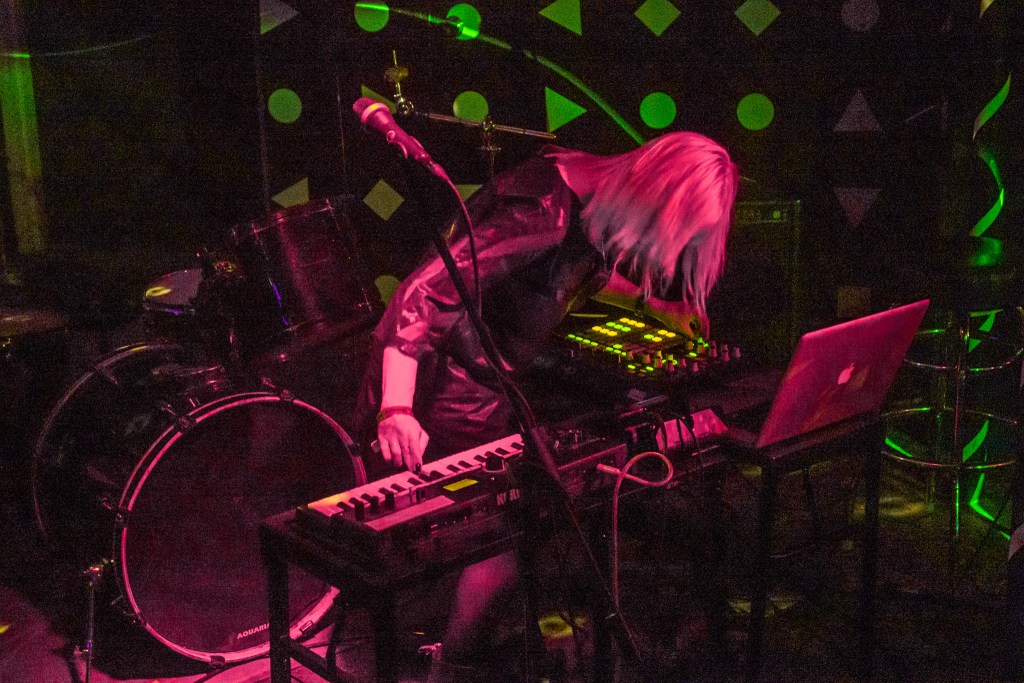 We saw you first performing live at CMJ in 2015. Solo shows for electronic musicians can be challenging, but you nailed it. Do you remember your first live performance? What setup did you use?

Initially I experimented with having a live bassist on stage with me, and then later a live drummer. But I found that as I was doing 100 percent myself in the studio and 99 percent on stage, it wasn’t helpful to try to schedule around other performers and organize the movement of their gear. My setup has evolved as a way of taking what I’m doing in the studio and making it manageable for a very small woman to take on the road. Live setup is very complex for electronic musicians and I enjoy the challenge.

How did your live show change over the years?

Again, I´ve pared it down to just myself and limited equipment. I´m always trying to find new ways to be animated onstage and still be able to play, trigger samples, manipulate things, and sing. I enjoy using visuals when possible because they add an artistic element and I use video artists that can formulate a vision they get from listening to my music. 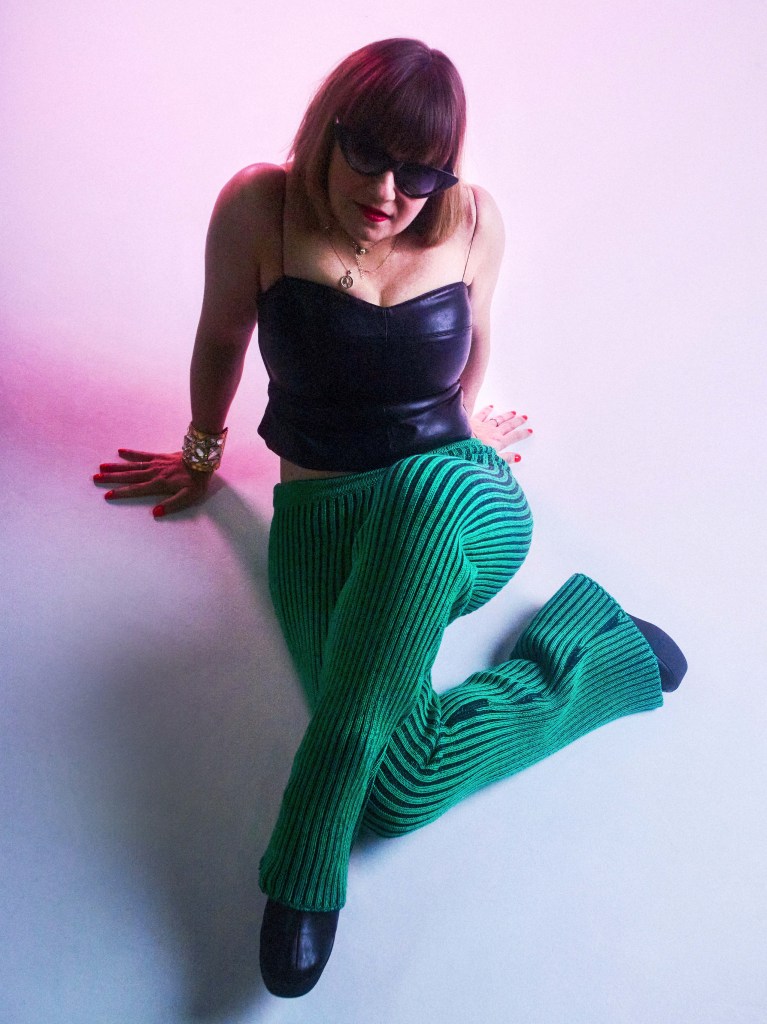 Where do you find inspiration for your songs? How do you turn them from an idea into a finished product?

Of course inspiration is everywhere. I often write about the intertwining of the personal and political because I find it difficult to write directly about larger issues without sounding trite or didactic. I like to be out and about to get inspiration so the quiet time of the pandemic wasn´t the best for me! Sometimes I start with a line of lyrics, sometimes, with a melody. I always begin with a purpose though; I´m not one to just push buttons or fuss with beats just to experiment. Everything is in service to the song in my head.

Tell us more about your new EP, “Virtue”!

I did not find the pandemic particularly helpful to my art, unlike some others who thrived creatively in the quiet time. I ended up spending a lot of time engaging in other things that were not music. Like many, I was often glued to news outlets and social media feeds to pass the time and I was surprised by how different perspectives were globally about what was healthy, or more specifically, “correct” behavior in response to the pandemic. I started thinking a lot about the concept of being virtuous and how it is weaponized and reduced to very simple black and white terms depending on context. From that I wrote songs in various styles, dealing with themes from the limits of online connections, to the exuberance of simple pleasures, to the exploitation of the artist, and the joy of breaking out of these isolated, but comforting spaces.

You moved from Chicago to Spain. How did this influence your music?

I feel like I’m just beginning that journey in a sense because the pandemic limited so many opportunities to mingle with new people and explore my new environment completely. I think it will be more influential in the future as I am now immersed here, but I am not sure how exactly. I know that I am very relaxed and joyful whenever I am in Barcelona. I am not sure if that is the best thing creatively but it is the best thing for me as a person! 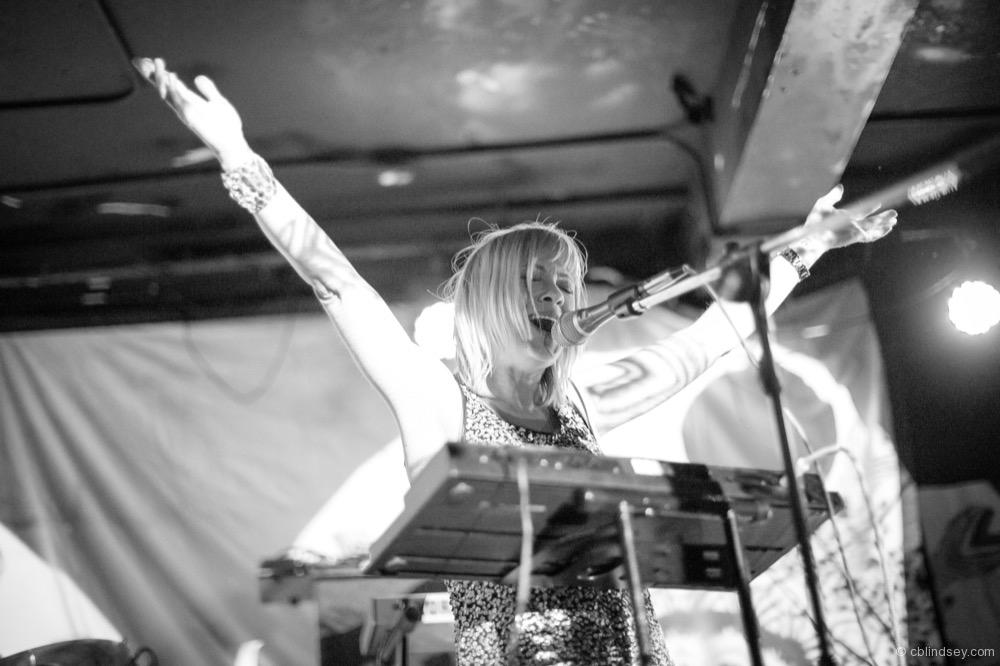 What is next for Spaces Of Disappearance?

I will be having a release show in Barcelona, hoping to release a video, and I would love to tour in the next year in Europe. At the moment I am also trying other things in the creative world outside of this project so who knows where they will lead. I am still always writing songs though and experimenting so I´m going to see where that leads me. I am feeling very free and that is a good thing.

Thank you, Elaine, for the insights! We won’t be able to make it to Barcelona in time for your release show, but we’re looking forward to seeing you here in NYC again, hopefully one day.