Q&A with Sandra Arslanian of Sandmoon 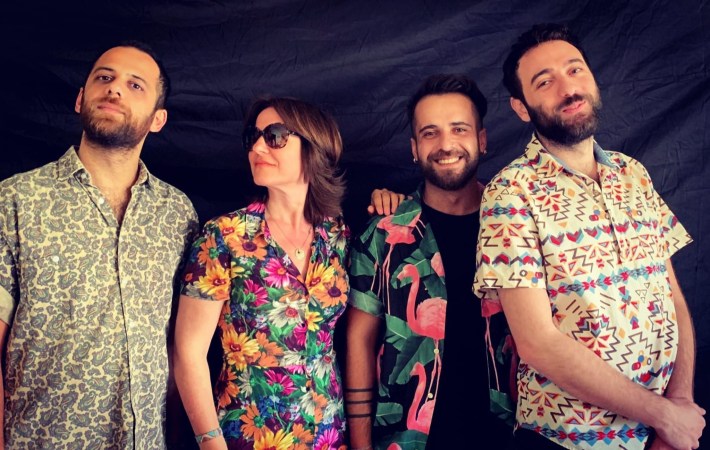 Q&A with Sandra Arslanian of Sandmoon

Two years ago, “Angels” by Beirut-based indie rock four-piece Sandmoon was one of my top ten favorite tracks of the year. Now the band offers eight new thoughtful and carefully crafted songs on their third full-length album While We Watch the Horizon Sinking.

Listen to the album below and meet Sandmoon singer and songwriter Sandra Arslanian in our Q&A below:

When did you start with songwriting, and who was your first inspiration?

When i was around 12 or 13, i used to write melodies on the piano, taking a break from Mozart menuets or Bach : )
My first musical love was Prince. Not sure if he really was an influence though. There was a mix of inspiration from Dylan to protestant hymns (like Amazing Grace), Suzanne Vega to Armenian folk songs, Radiohead to Bach.

You are the main songwriter of Sandmoon. Is the song fully finished when you present it to the other band members or do you develop it together at some point?

The song as in guitar/vocals or piano/vocals, its structure and chord progressions are pretty final. However, there is always room for improvement, especially when you are surrounded by great musicians (Sam Wehbi, Georgy Flouty, Dani Shukri), it’s exciting to push the songs further, add the other band members’ ideas, touch, nuances; each one bringing the expertise of the instrument he masters. And ultimately, the producer’s (Marwan Tohme) vision and arrangements. 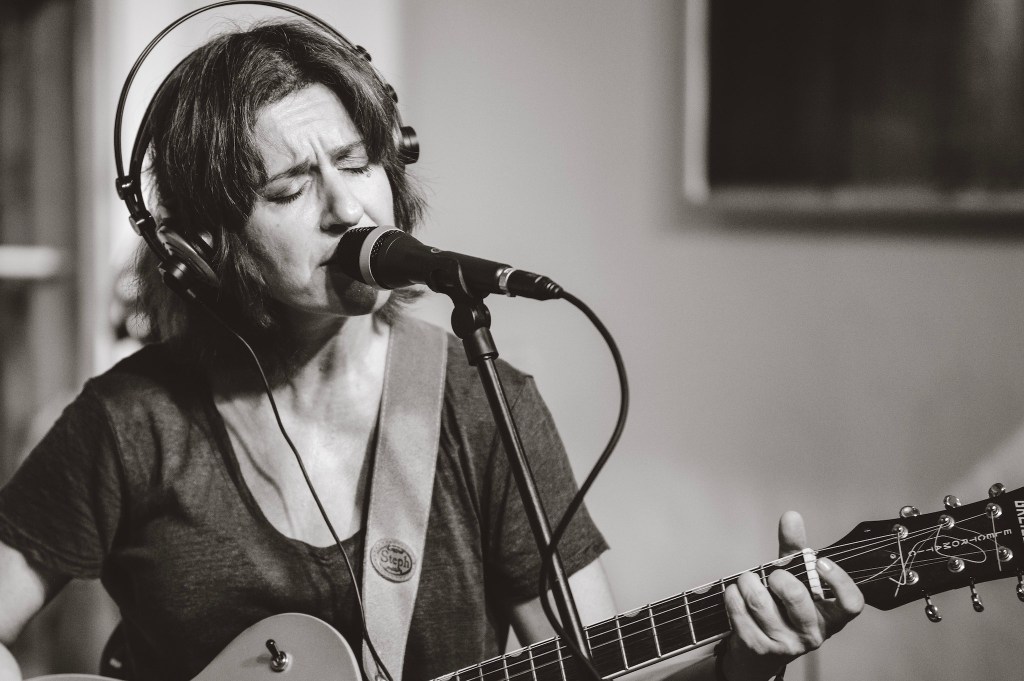 Your videos are often like artistic short films. Do you already have a visual idea in mind when writing a song?

Songwriting happens spontaneously, automatically. It just comes out. I play a few chords, one word follows the other without too much thought or images. It’s an expression of what spirals within i guess. Visuals don’t come to mind, only emotions come to the surface.
I prefer working with filmmakers and let them visualize what they hear. I sometimes give them some direction or brainstorm with them, but I prefer to let them develop the full idea.

The first single “Wake Up” of Sandmoon’s new album While We Watch the Horizon Sinking is more synth-heavy than your other songs. How did it come to this?

Wake Up was written on the piano, like Silent Leaders. It had been a while I hadn’t written on the piano. However, after discussing with the other band members, we decided to go for a synth-sound rather than an acoustic piano sound. We wanted it to be ‘modern’. Then, in the studio, we pushed it even further with the producer. 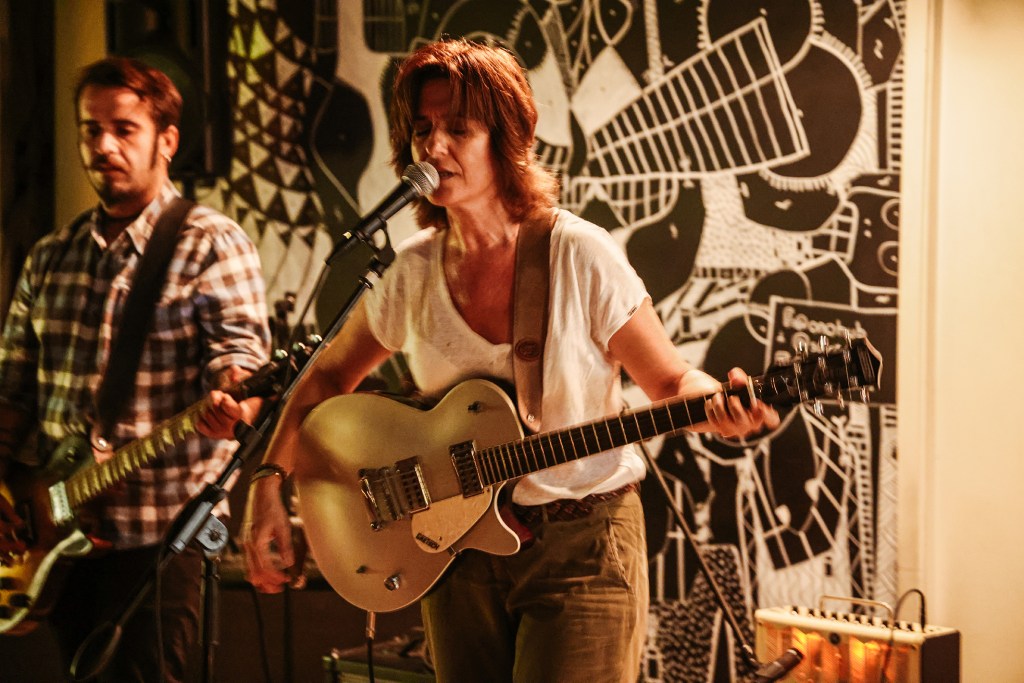 What can a new fan expect from While We Watch the Horizon Sinking?

It’s different from past albums we’ve released. There is a consistency, a smoothness throughout I find. To my ears, it sounds unexpected, novel. A painting of the past two years’ tornado that spiraled out in the world and even more so in Lebanon.

Please tell us a bit about the music scene in Beirut!

I don’t want to sound too nostalgic or grim. The indie music scene a few years ago was bursting with life, new bands were emerging; festivals, events, radio shows were a great support to channel all this creativity and bring it out to the audience. Like so many other aspects of our life here, things slowed down or came to a full stop due partly to Covid restrictions and to the socio-economic deterioration of the country. Many young people emigrated too. However, I prefer to finish on a C major note: I have the impression that things are re-emerging, coming back to life slowly – i hear of new bands, festivals and events doing a come-back, new venues… 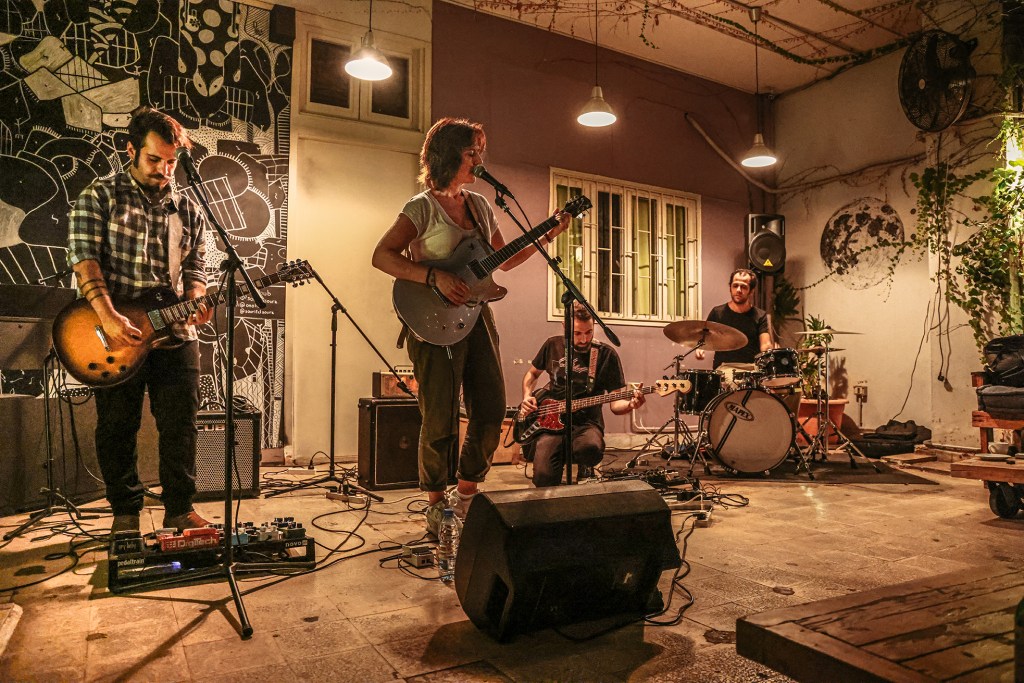 Do you have plans for a tour?

We are currently planning on a small tour in Europe. Let’s see 🙂

What is next for Sandmoon?

There’s a new music video coming out in December, very festive, very happy. Different from the usual melancholy…
And hopefully many beautiful surprises in the new year…

Thank you, Sandra. The new album is a wonderful experience, and we cannot wait for your festive new video!