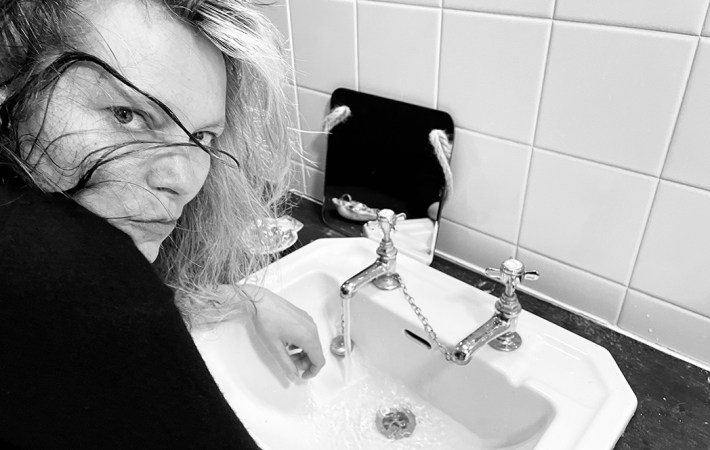 British artist Liela Moss announced her new album Internal Working Model out on January 13 via Bella Union. While she previously released the powerful and shimmering “Vanishing Shadows” featuring Gary Numan, she now follows that single with the more melancholic “Ache In The Middle” featuring Jehnny Beth. Both songs promise a fascinating full-length album! Asked about “Ache In The Middle,” Liela says:

I was working with Johnny Hostile on extra instrumentation for this track, when he sent it back with a middle 8 vocal section written and sung by his partner Jehnny Beth. He emailed saying she loved the track and hoped I didn’t mind her spontaneous contribution? This was a real gift, some unexpected beauty. The track crystallizes my thoughts about some of my own childhood, ideas about attachment and my recent work with Children’s Social Care. Jehnny Beth must have somehow understood where I was with this personal process, because she jumped straight in with a complimentary lyrical flow.

“Ache in the Middle” comes with a dreamlike video about which Liela says:

The video reflects some of my glitched and slowly fading childhood memories, and the weird, uncanny aloneness I would experience when regulating my feelings as a little kid. People, spaces and animals take on this huge symbolic value and radiate with security, when you are very young, and searching for that safety.

Listen to “Ache in the Middle,” our Song Pick of the Day, and watch the captivating video:

Connect with Liela Moss and add “Ache in the Middle” to your playlist as we add it to our #glamglarepick playlist on Spotify and AppleMusic: