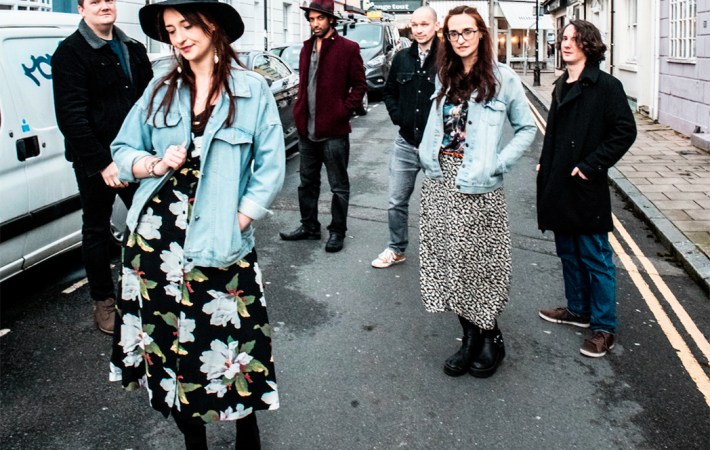 “Hurt Me” swirls and swishes, glitters and glimmers, and with its infectious, pulsating drive, is a welcomed antidote to any melancholic feelings many of us might have this time of year. It sounds surprising that a song titled “Hurt Me” would be elevating, yet this is exactly the effect of the newest single by indie-folk sextet The Frisbys. The London-based folk-rockers are fronted by the twin sisters Helen (vocals, flute) and Nicola Frisby (vocals, acoustic guitar). They offer beautifully intricate vocal harmonies and a chemistry that can easily be compared to the likes of Sweden’s First Aid Kit or Australia’s Charm of Finches.

Asked about the track, The Frisbys say:

“It’s about starting a new relationship after a significant heartbreak and the battle of deciding whether you are ready to pursue something new when you are still recovering from past hurts. It’s also about the responsibility of protecting other people and recognising that if you’re not ready to move on, you might end up causing someone else pain. Basically… it’s a no win. It sucks to break up with someone and it sucks to be broken up with. The song is pretty upbeat though so it isn’t quite as depressing as it sounds!”

Listen to “Hurt Me,” our Song Pick of the Day:

Connect with The Frisbys and add “Hurt Me” to your playlist as we add it to our #glamglarepick playlist on Spotify and AppleMusic: