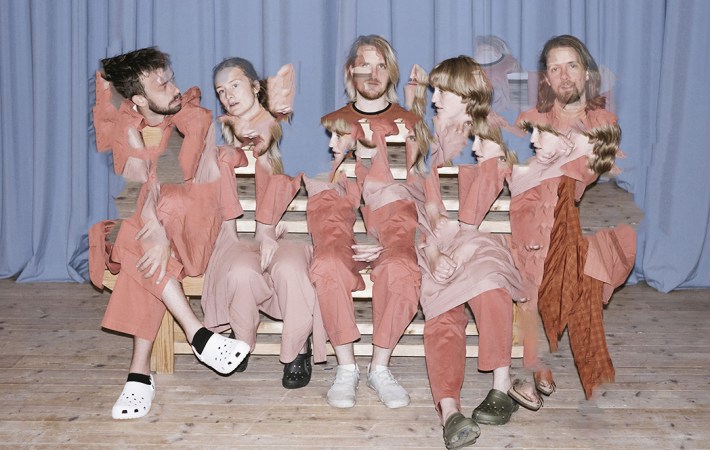 Warm and hypnotic percussion builds the backdrop for “Seasons,” the new single by Danish electro-pop quintet Lowly. Singer Soffie Viemose lends the glorious track her sharp yet charming vocals, and the result is a song that makes you want to listen to more of the same. Luckily, Lowly has an album coming out on February 17 via Bella Union: Keep Up The Good.  Work. For the album, the band involved their fans by asking them to send recordings of what they would say to the people they care for in encouragement or support. The result will be rather diverse and fascinating, and February 17 cannot come soon enough! Asked about their new single, the band says:

“‘Seasons’ originates from a poem about the sun dragging the seasons over its shoulders as if it were a normal day job, coincidentally influencing all life surrounding it. And as the song progresses and the chorus hits, it turns into an abstract storytelling from a human perspective about time and life’s drifting by. The production is overwhelming and adventurous, with a pulsating bass and active drums creating a spectral and rhythmic framework around the vocal. The song starts out minimalistic and simple but grows over time into more and more layers, giving the listener a feeling of being thrown in a rocket into space towards the sun.”

Listen to “Seasons,” our Song Pick of the Day:

Connect with Lowly and add “Seasons” to your playlist as we add it to our #glamglarepick playlist on Spotify and AppleMusic: