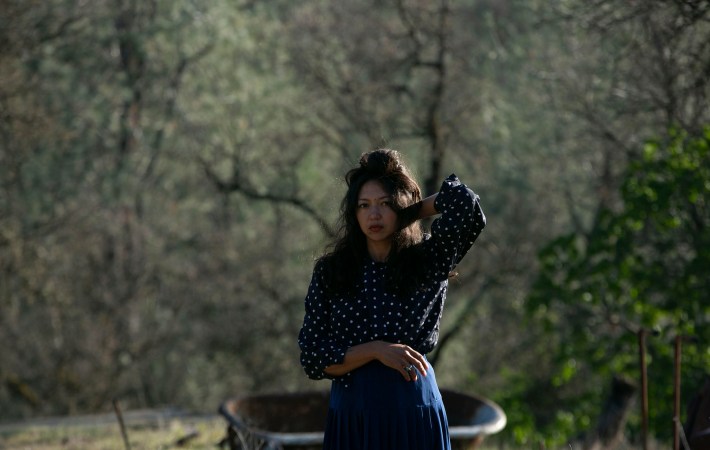 “Faces in the Firelight” reflects a quiet moment of deep love. The Californian singer/songwriter Shana Cleveland sings it for her partner and her unborn child, but all of us can feel the warmth of her thoughts. Shana explains:

“The song is about watching Will tend to a huge burn pile that was still going long after dark and realizing that out there in the dark field he looked like the ultrasound image we had on our fridge. I was thinking that the greatest act of love might be to wait for someone. To say, ‘I’ll be here whenever you’re done, whenever you’re ready.'”

“Faces in the Firelight” will be on Shana Cleveland’s second album, “Manzanita,” out on March 10 via Hardly Art. Watch the video directed by Two Seraphim here: