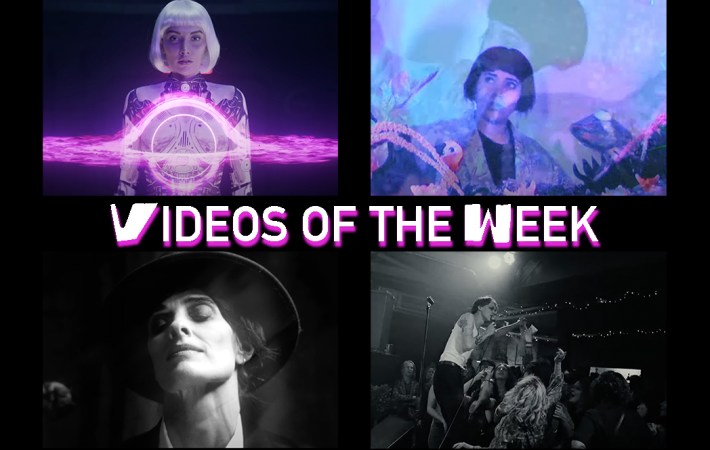 Electro-rock duo d3adc0de, comprised of Stephen Sims (vocals) and Steven Morgan (instruments), make quite a splash with their new single “Fight or Flight” and the cinematic video that accompanies the song. The sci-fi tingend video lets us dive into a futuristic world and worry about the two protagonists. Directed by Mike Lowther, with cinematography by Ian Dooley, the clip serves as the perfect appetizer for more! The duo is up to something way grander than what meets the eye here, as Steven Morgan explains:

“d3adc0de is an ambitious project that bend the lines between music, cinema, and performance, and becomes more rewarding for the fans that want to explore and immerse themselves into something alien. We plan to perform in unique venues that simulate and immerse the audience through augmented reality integrated with our concerts. Even now, we have built a Metaverse that allows a user to explore their virtual environment, learn about band members and watch the music video together with other fans.”

“Let’s Get Maui’d” sings San Diego-based crafter of edgy electro-pop songs Jackie Mendoza, while she is dreaming of a paradise wedding in the colorful video directed by Artie Tamayo.

In “The Fair and Dark Haired Lad,” Jaimee Harris tells a story about the struggle with alcoholism as a gripping ghost tale. The video, directed by Anana Kaye and Irakli Gabriel, comes with film noir elements and features chills-inducing scenes.

British five-piece Priestgate landed on our radar same time last year, when “Eyes Closed For The Winter” charmed itself in our ears, and we couldn’t get enough of that song. A few more singles and an EP later, the are now offering “White Shirt,” together with a vibrant black-and-white band video capturing their live appeal. Yep, I would absolutely love to see them live! At home in East Yorkshire, aka northern England, vocalist Rob Schofield says about the song:

“It’s about Driffield – whether it be missing it, loving it or hating it… it’s about home. Where we’re from doesn’t really have a creative community, there’s some good joiners – just no bands. It’s about seeing the same old stuff growing up, I’d never really left the place all that much before the band started. I had it in my head that I’d end up making coffins with my dad.”