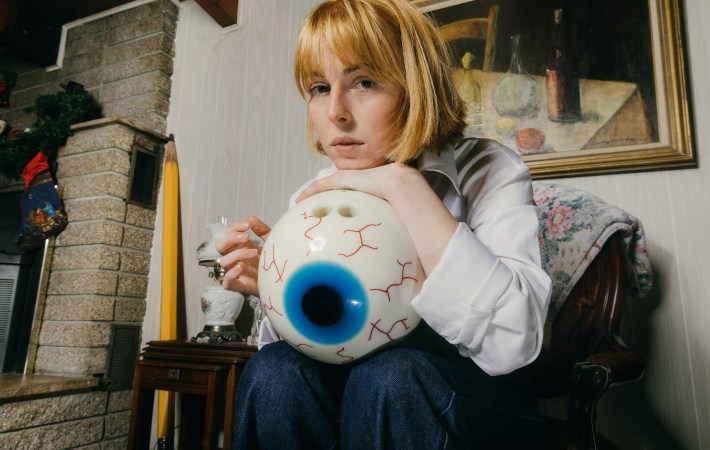 “Lights Light Up” is an upbeat, playful track about something like an inevitable break-up. The UK-born singer/songwriter Fenne Lily – now a fellow New Yorker after her move to Brooklyn – sings the song in a thoughtful, quiet way that foreshadows what would eventually happen.

“I’d never really written about love in the present tense before this, but even though I was still in love and not thinking about the end, there was something else going on subconsciously that led to a song about moving on before the moving on had begun. When it came time to record, the band and I had been playing it live for a while and it’d become something joyful and positive, but when I started recording vocals, the lyrics made me cry. By that point the song was over a year old and I thought those wounds had healed but I guess it hurt to admit I’d been letting go of something while still trying to hold on.”

“Lights Light Up” is the first single off Fenne Lily’s third album Big Picture.”Watch the video filmed in Brooklyn and directed by Haoyan of America below:

Listen to our Song Pick of the Day on Bandcamp: