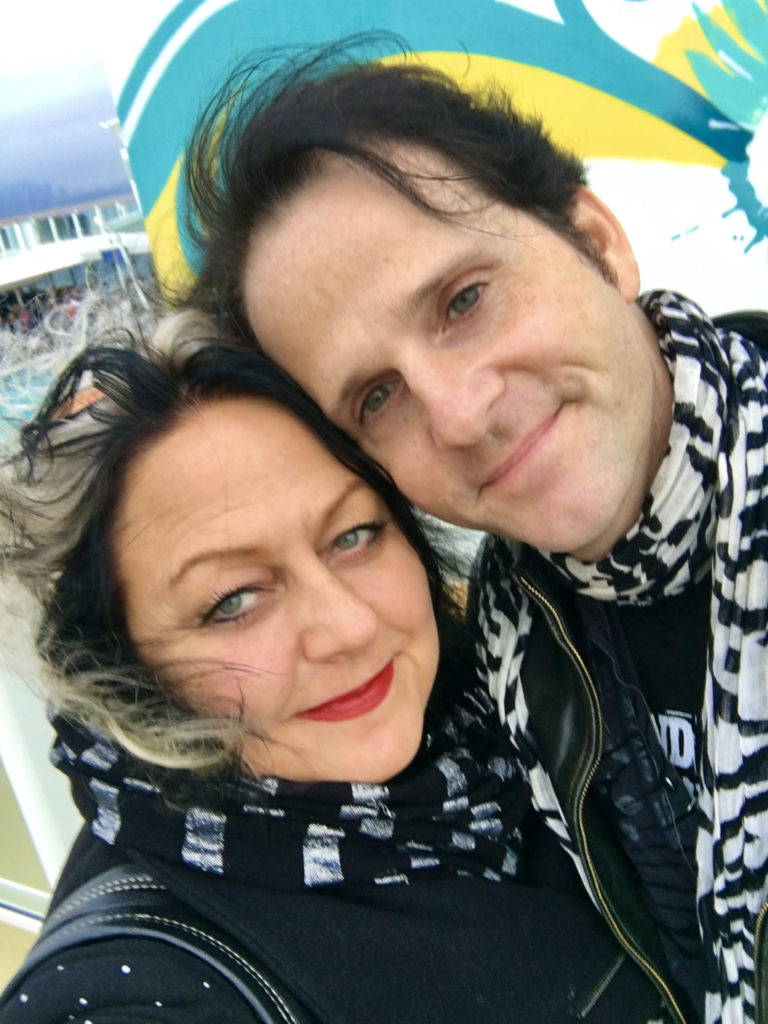 In the 80s, we were the kids who always put on headphones and played self-made mixtapes on their walkmen. In the 90s, we met in Munich over discussing Lisa Stanfield’s now mostly forgotten breakout hit “All Around the World.” Our first show together was Alien Sex Fiend, and we mined the sparse local scene for the next cool thing. In 2001, we moved to New York City to discover that music was just everywhere.

In 2010 we crossed the East River over to Brooklyn with independent music venues so plentiful that we sometimes could do multiple shows in a single night. We have been blogging since 2001 and started glamglare in the fall of 2014 to help promote the music we love. Music, and art in general, is what makes us human and will become ever more important as computers and robots continue to take over simple work.

All PHOTOS are taken by Elke Nominikat and Oliver Bouchard, except for press shots, album covers, etc. Should we accidentally use material that was not meant for public use, please let us know, and we will take it down. If you want to use any of our (concert) photos, please ask us.

We write exclusively about NEW RELEASES we love. We believe that music is something joyful and precious and like time not to be wasted. That’s why we focus on what deeply resonates with us, music from the electronic, folk, pop, and indie-rock genres. With glamglare, we enjoy featuring primarily emerging bands but also acts that have found their audiences already.

Enjoy life through music – every day.