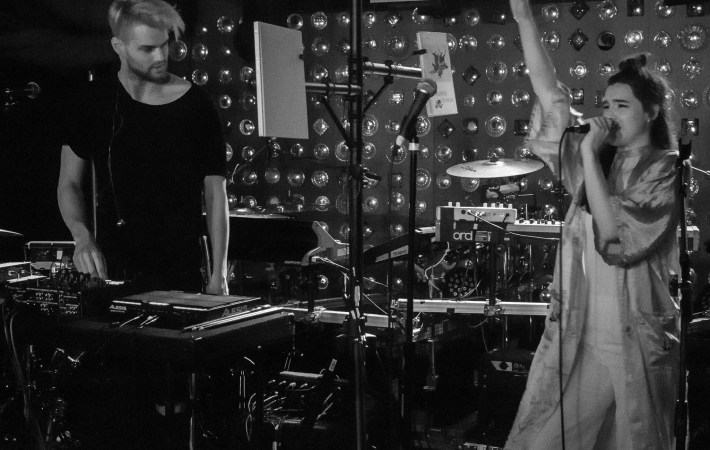 It was a big night at our favorite venue, Baby’s All Right: The Knocks were headlining a bill together with Cardiknox and Sofi Tukker. We went to the show mostly for the latter: their first two songs Drinkee and Matadora are refreshingly new takes on dance-oriented electro-pop and we wanted to see more.

On stage, Sofi Tukker are as much fun as on record. At first sight, their setup is classic: Tucker Hapern does the electronics while Sophie Hawley-Weld mostly sings. But they also play together on a DIY drum pad construction made from old books and Sophie plays the guitar line that makes Drinkee such a catchy song live on stage. There are also synchronized dance moves, rocker poses and a lot of laughter. That was contagious for the audience and turned the room into a dance party.

Listen to their two songs Drinkee and Matadora: