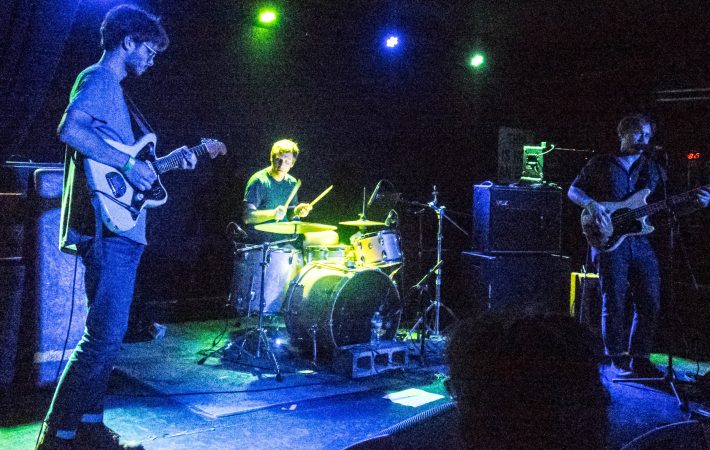 It hardly ever rained Summer 2016 in New York City but that Sunday night, when Brooklyn’s Eaters and Atlanta’s Omni were on the bill at Mercury Lounge, it poured down. Luckily, the rain stopped ahead of their show, so nobody’s mood got dampened by wet clothing or so. In the contrary! Everybody in attendance that night seemed to be excited to not only experience one but two great performances because Eaters really set the bar high for Omni who took the stage later that night around 8 pm.

Browse the concert photos while listening to some tracks from “Deluxe” (scroll down):

…and then the jangly and subtly catchy “Wednesday Wedding”:

… and watch the video to the mesmerizing “Afterlife”: