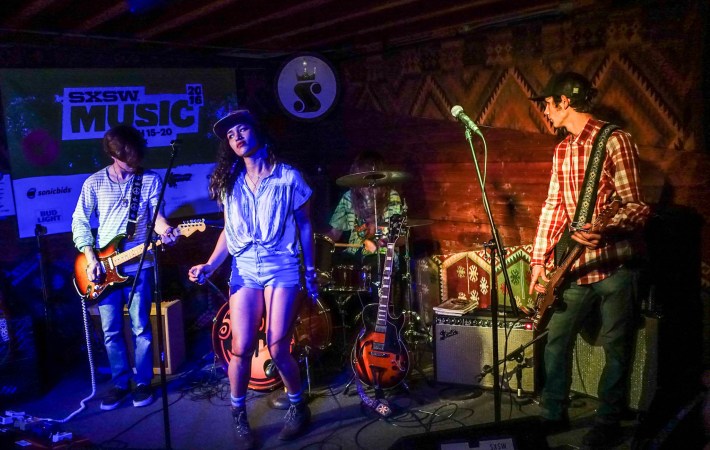 Skyline is a young rock band from Austin, TX who we first met at last year’s SXSW. This year, they came back with their debut “Good Days” in the bag, a record full of raw, blues-infused rock ruled by Pearl Turner’s powerhouse vocals and Nate West’s guitar chops.

“Good Days” is out now. Listen to the album on Apple Music or Spotify.

See photos of their SXSW show at Sidewinder: