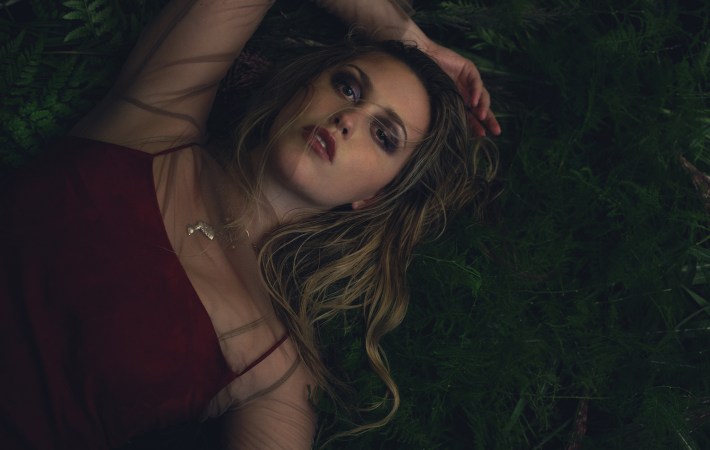 Singer/songwriter Elle Watson is another one of those super-talented, young UK-based artists that recently seem to have taken over glamglare. But no way I could overlook “Suspended”, an electronic pop song with drama and classic beauty. Elle also has a hang to experimental and somewhat unsettling videos, like the one for “Suspended” that visualizes a relationship troubled by drug abuse. She explains:

The characters in the video are a representation of different ideas associated with substance abuse, ranging from the temptation to the ‘glamorous’ side. It also demonstrates how drug taking can drown & expose the user into feeling paralyzed by paranoia. My character in the video is on the receiving end of their decisions as I sing about being in love with somebody who abuses drugs. The end is a symbolic acknowledgment that I can no longer pretend to ignore these harsh realities.

Listen to the song on SoundCloud or Spotify: