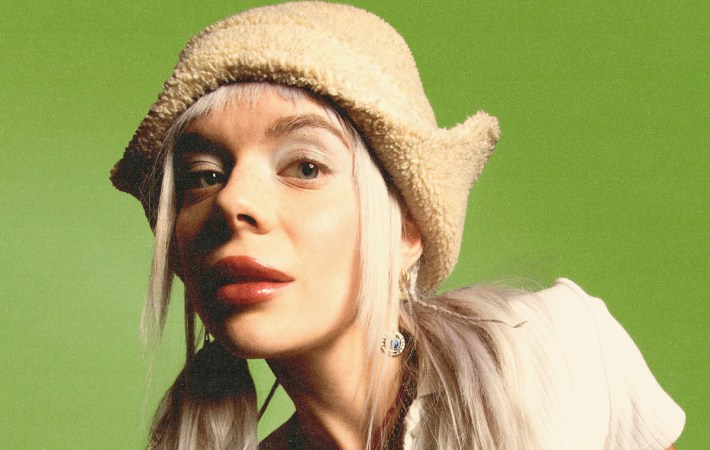 Liverpool-based performer, producer, and multi-instrumentalist Pixey offers us an incredibly delightful gift in form of her new single “Recycled Paper Planes.” The single can be found on her upcoming mini-album Dreams, Pains & Paper Planes, out in September via Chess Club Records.

Pixey grew up loving and making music, yet the catalyst for her musical coming of age was the near-fatal viral illness that put her in a hospital in 2016. She says about this pivotal time:

When I thought I was going to die I thought of all the things I wish I’d done and music was the first thing I thought of. As soon as I started recovering I started learning to record and produce.

She taught herself Ableton, and went on to learn guitar and eventually drums and bass after her previous (and current) boyfriend(s) left their instruments lying around to prove she could learn it quicker and play it better. That’s such an inspiring story!

About her new song, she explains:

“Recycled Paper Planes” is a track I wrote, recorded and produced in one day in my bedroom. The whole thing flowed so quickly – I started with the bass line and quickly wrote the corresponding guitar parts. The song is about everybody trying to relive & recreate other people’s dreams, that nothing is ever really original. We’re all just a recycled, repackaged version of the past trying to make a living.

Her sound is beautifully upbeat with a unique yet also relatable vibe and she cites The Verve, The Prodigy, and De La Soul as sonic inspiration:

I particularly like the idea of using samples/making my own riffs sound like samples which was heavily inspired by the [De La Soul] album 3 Feet High and Rising. Starting out initially though Grimes was a huge catalyst when I realized she wrote, recorded & produced herself.

It’ll be exciting to listen to the upcoming album, and see where her talent and determination take her. “Recycled Paper Planes” is effortlessly cool with a clear summer vibe, something to go on an imaginary mini vacation to, or to enhance an already good mood.

Listen to “Recycled Paper Planes,” our Song Pick of the Day:

Connect with Pixey and add “Recycled Paper Planes” to your playlist as we add it to our #glamglarepick playlist on Spotify and AppleMusic: