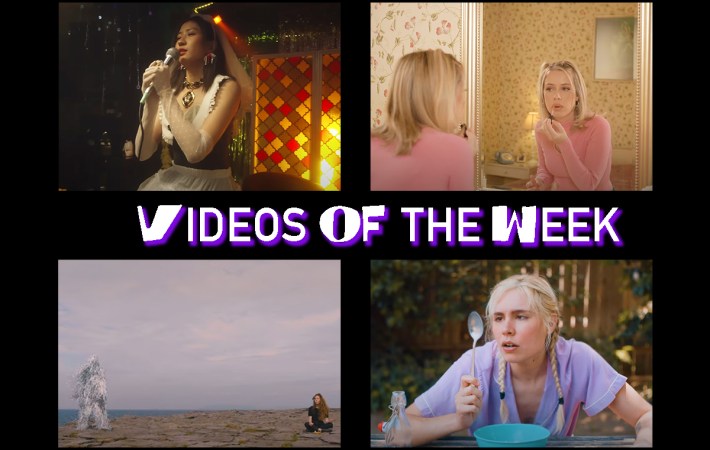 Tapai-based and New York-raised pop artist 9m88 (pronounced “Jo-m-Baba”) released her sophomore album 9m88 Radio via her own label. On the heel of that release comes a fun, at times maybe bittersweet, but ultimately fascinating video for the song “Love Is So Cruel.”

Alice Pisano is not an unknown on glamglare. We’re fans of hers for many years and are excited to see the Italian pop artist, now living in London and making the loveliest pop music and music videos as “Boys Like You” is proof. From the spot, this clip put a big smile on my face, and I am rooting for Alice that the time of When will I be through with boys like you? comes soon! Alice says about the song and video:

“Boys Like You” is about my experience with dating apps. I finally got around to joining one and decided to put myself out there. Online dating can definitely be fun but also frustrating, and can really shake your self-confidence. The day we wrote the song, I remember feeling pretty disheartened about it. It can be tough to deal with failed dates and behaviours like ghosting, it’s easy to fall into the trap of thinking you’re not good enough, or pretty or fun enough… talking to my friends though, it became pretty clear they were having the same experience.

Anna Mieke – For A Time

A glittering figure wanders through a barren landscape: The video to Anna Mieke’s song “For A Time” could be the reboot of iamamiwhoami’s iconic 2012 video series with a new spin on furry monsters.

“I wanted to depict some sort of character or creature moving through, but at odds with, its surroundings—blending in and disappearing at times, mirroring back the landscape around it. Hence the Disco Yeti that you see in the video, who let us follow them around for a day.”

In her latest installation of extraordinary videos, Californian singer/songwriter talker takes us to a surreal half-world between dream and reality.

She says about the video:

“IRL is about the dream state you’re in when things are going right in your relationship. Those beautiful, passionate peaks in the midst of all the ups and downs. But it’s also about how a lot of the time, that feeling means it’s too good to be true. If you’re living for the peaks and ignoring the valleys, you might not be living in reality.”

“IRL” is a standout track from talker’s brilliant EP, In Awe of Insignificance.