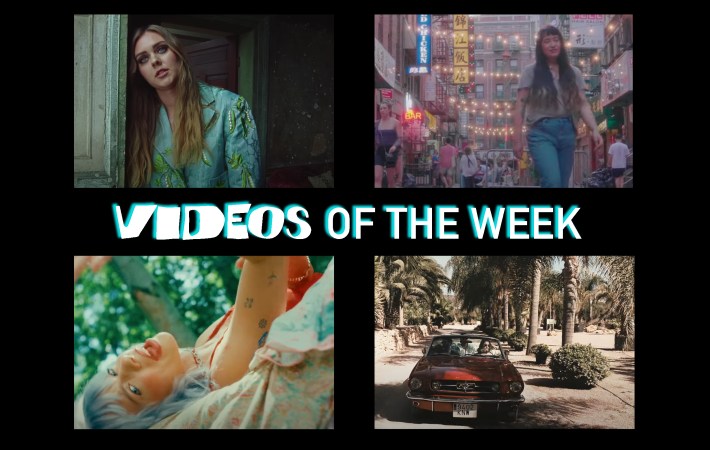 First Aid Kit – Out Of My Head

Swedish folk sister duo First Aid Kit is not that folk anymore. However, their new song “Out of My Head” is a melodic pop gem, and one can even hear a bit of Fever Ray in it (who helped them to their first record deal). In the video, you can join them on a trip to the vast Swedish landscapes.

New York-based powerhouse Paulina Vo isn’t overpromising with “Feel Good,” her new song and video. Watching the video, one can’t help but smile. It shows the R&B-inspired singer, songwriter, and producer with one of Manhattan’s most recognizable neighborhoods as backdrop. It’s Chinatown which, ever since the pandemic hit, has been decorated with tons of lampions and light garlands – at least whenever I visited Chinatown but also as seen in Paulina’s music clip.

Asked about the video, the vibrant artist says:

i’m wearing a traditional áo dài, which i hadn’t worn in years until this shoot! it was truly amazing to bring my modern American and somewhat traditional Vietnamese identities to the forefront (and of course my love for lower manhattan!)

Paulina puts “Feel Good” in a bigger context, which you can learn more about here. We agree, definitely Paulina’s finest work to date. What a stellar song, production, and visuals!

The video is directed by Dan Broadley. Pixey recalls:

“I remember having a clear concept of how I wanted the music video for ‘I’m Just High’ when I was writing the track. I wanted the verses to feel claustrophobic and constrained, with the choruses breaking free into a fantastical and unrealistic world always coming back to reality as the concept is a metaphor. Working with Dan was a dream – he took my concept and elevated it to a level I couldn’t have predicted & we shot on the hottest day on record which was definitely a challenge!”

Rayowa is a band of three brothers, Dan, Reece, and Luke, who all share a love of soul, funk, and pop music. Their sound is effortlessly cool, with a touch of nostalgia and a lot of promise. Oh, and falsetto vocals to get lost in!

They say about the making of their new video “Remember:”

The music video was shot in Xàbia in Spain. We’re driving this pristine, red Mustang around the mountains and among some really beautiful scenery. This visual is a sort of continuation on from the video for our last single ‘Good Life’. We wanted to capture that feeling of cruising around in the summer, listening to your favourite records and feeling like nothing in the world matters.

Thanks to this beautifully vibrant video, we can catch that carefree vibe as well and be part of the ride for at least a little while. But there’s always the repeat button…