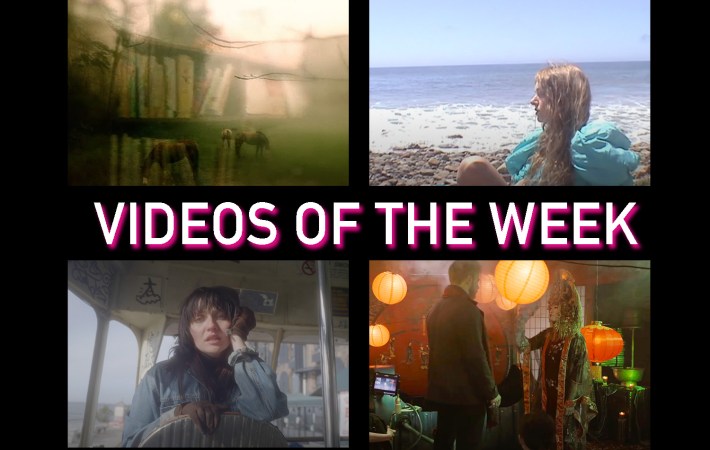 Kramies – Owl and the Crow

We were intrigued by the song’s title, as avid birdwatchers, and while there are no actual birds to be seen in the video, it is refreshingly soothing and stunningly beautiful. Asked about the music video, Kramies says:

For one of the first times in my life I recognise instantly where the story and emotion from this song comes from. I rarely remember anything that isn’t emotionally heightened, if something doesn’t carry bits of historic emotional imagery then I don’t really care about it or remember it. This song has stayed with me. There are a few unspoken landmarks on this LP for me and “Owl and the Crow” is one of them.

The self-titled album is scheduled for September 9th. Watch the video now:

You’ll see a lot of Mamalarky singer Livvy Bennet in the video for It Hurts as she muses at a beach about the complex relationship between musician and listener. Livvy says:

“Writing about this song in this context feels extremely meta because the song itself picks at what it’s like as a musician to essentially be careerizing your own experiences and emotions. It’s pretty bizarre to put out shit that is so personal–like, when someone loves a sad song you wrote it’s like… I’m sorry we’ve been down in the same way? Or, I’m glad you enjoy listening to something that was essentially an intervention that I needed to have, haha.”

Mamalarky is preparing their second album Pockey Fantasy on September 30 via FireTalk.

Slow Dancin’ is the new song by Brooklyn—via-Kanas City singer/songwriter Scout Gillet, and slow dancing is what she does at home, and though the industrial but romantic Brooklyn neighborhood of Red Hook. Scout reveals that the inspiration from the 1980 movie Out of the Blue:

“In the movie, Cebe, a young girl, finds it difficult to conform and tries to find comfort in a quirky combination of Elvis and the punk scene. I related to this a lot. This video was so fun to make. I felt the most like myself, always moving, dancing around in the street and in my room.”

Slow Dancin’ is on Scout Gillet’s debut album no roof no floor out on October 28 via Captured Tracks.

The Church – The Hypnogogue

As a true teenager of the 80s, this being my musically formative years, how can I not immediately be intrigued when a beloved 80s staple like Australia’s The Church announces new music? “The Hypnogogue” is their first offering, complete with a brilliant music video. The cinematic, dystopian video is everything you’d expect from a band like The Church and then some. It is spellbinding to follow the protagonist’s story with snippets of the band woven in, and the result is simply magnificent!