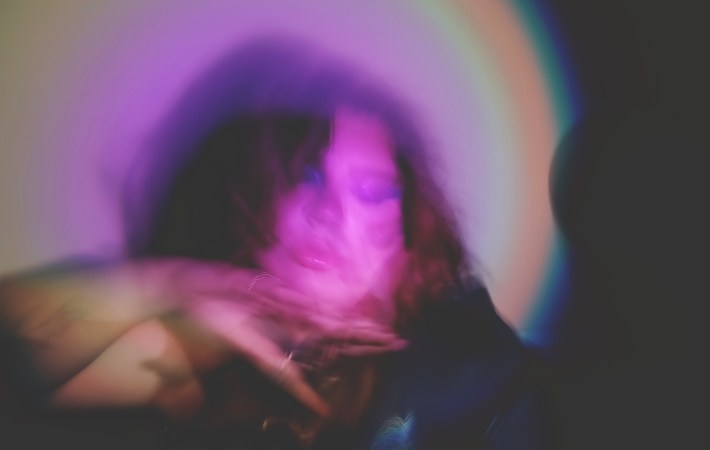 The London singer/songwriter Actrese does pop music with an edge. How the chords progress and the songs develop is often not what you expect. Her new song “Vivid But Vague” strikes with rich instrumentation, and who could set the mood better than the artist herself:

“You are in a secret crypt-like club, you have already heard Ben Howard and Jessie Ware play their acoustic sets with a punch. That’s when you hear ‘Vivid But Vague’. You’re into a conversation with a mysterious, intriguing man, the crowd chatter is loud and you gradually begin to hear a gentle, anxious voice backed by ambient pads (those of a church choir), vividly but vaguely. Preaching for the lack of a better word, praising yet dreading the fleeting moments. Just when you think it’s ended, the song transforms into a different shape. Heavy, rough around the edges, although full of potential, contradiction and soul. Bendy guitar in tango with a full of substance voice. It might have been a dream. You’ve experienced it. It’s all that matters.'”

Listen to our Song Pick of the Day, “Vivid But Vague,” below: