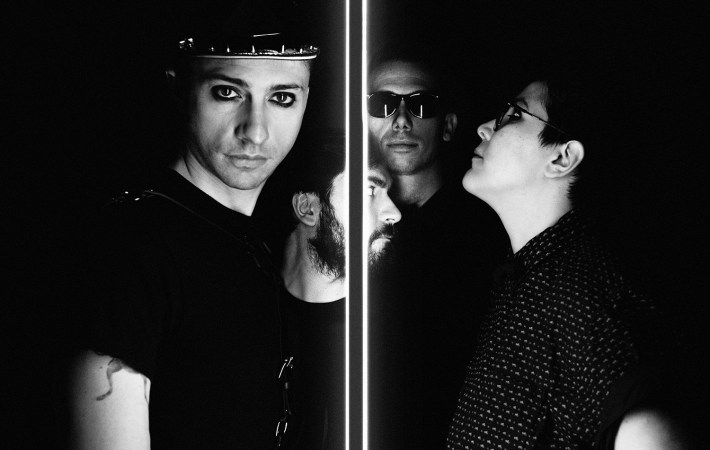 “Extender” does not dilly-dally around but makes it unmistakably clear that the setting is out of our usual comfort zone, with its brooding, slightly disturbing sounds, evoking the vibe from “Blade Runner” to “The Fifth Element” and the likes. The futuristic ambience of the song, is also the theme of the video, the newest project by Brooklyn-based quartet The FMs.

“We’ve been really fascinated with the advancement of AI and humanity’s reckoning with it and wanted to construct a song and video that explores the intersections of the artificial and biological information systems. It was probably a little ambitious to try and tackle on such a small budget but we were lucky enough to have this amazing team, in particular stars Poppy Liu & Miss Sugar Mamasota and Directors Alexander Allaux and Luke Namer (my brother). We ended up with a really cool project we’re all really proud of.”

If all small budgets productions look like the atmospheric video for “Extender”, then all the more power to frugality! A deeply moving song got an amazing visual interpretation, enhancing the story telling without taking away from it, creating something truly fascinating.

Watch “Extender” now, which we are psyched to exclusively premiere:

Follow The FMs on Facebook and Instagram and see them live at Brooklyn Bazar, 06/28/18. Stay tuned for an EP of remixes out on ADIM records shortly.

Add “Extender” to your SoundCloud and…