Q&A with Holy Nothing (#airwaves18) 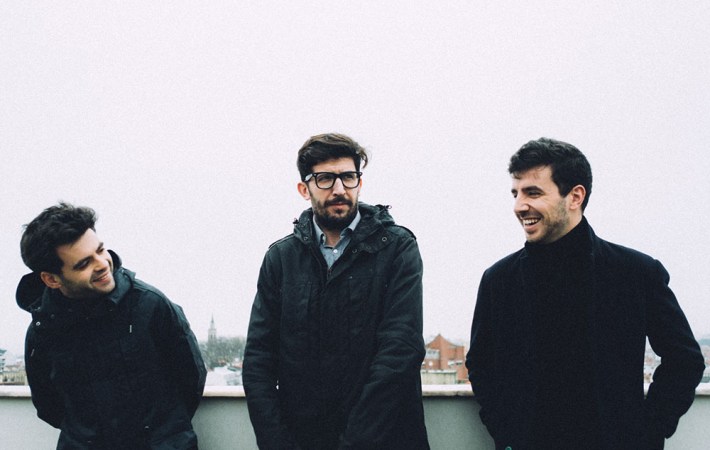 Q&A with Holy Nothing (#airwaves18)

Filed Under: Iceland Airwaves, Q&A with... — By: Elke Nominikat

A music festival like Iceland Airwaves allows for unexpected music discoveries yet also holds room for long(er) time favorites. In fall 2015, Holy Nothing released their exquisite electro pop album “Hypertext”, which made us want to see them live when they played SXSW the following year. And while there was no opportunity to catch the enigmatic Portuguese three-piece since then, there is luckily a chance to do so in Reykjavik!

Naturally, we reached out to Holy Nothing, comprised of Pedro Rodrigues, Nelson Silva and Samuel Gonçalves, who answered our questions. Thank you, Samuel!

…before we are heading into the Q&A:

Q: What was the last song that got stuck in your head?
A: Baiana System – Lucro (Descomprimindo)

Q: Do you have a song from your childhood, one you always enjoy hearing again?
A: Yes, Air – La Femme D’argent. It was my ticket to the electronic music world.

Q: What was the first album you have ever bought? Digital, vinyl, CD or cassette tape?
A: I think it was Nevermind, from Nirvana. I bought it with a friend of mine, half/half. So it was not just my first album, it was my first partnership.

Q: Do you still own this album?
A: I don’t think so. When the MP3 became super usual in Portugal, early 2000’s, I started devaluating the physical materiality of music. So I lost a lot of my CD’s and cassettes. Recently this appreciation for the physical object just raised again, so I’m building my new collection, with albums I buy around and also with my old stuff that sometimes I find in my parents’ garage.

Q: We saw in Austin for SXSW 2016 – and LOVED your set. What can we expect now?
A: SXSW was one of our first tests for a new set (new machines, new connections and so on). Now we are improving that set, and making it more and more organic. So I would say that the main update is that one. The set is more powerful, more editable and less predetermined. It gets stronger but also more unreliable. And this feeling that the things may fail or go wrong is something powerful when you get to the stage. It always transports a different energy. Someone said that even being an electronic project, when we play live it sounds like a “power trio”. I don’t know if it was the idea, but I took it as a compliment.

Q: What are you looking forward to the most while being at Iceland Airwaves 2018?
A: Honestly, to visit Reykjavik. The band is also an opportunity to travel and meet new places and new people. It’s more than music.

Q: Coming from Portugal, how do you prepare for the colder climate? Any tips?
A: Not thinking about it. It seems Portuguese people has this talent of solving problems at the last-minute. So when we’ll get there, we’ll fix it somehow.

Q: Any artists you’re hoping to catch while in Reykjavik?
A: We are really curious about the concerts of Blood Orange, Benin City and Kat Frankie, and also to meet our fellow countrywoman Surma. But we always like to be surprised by bands we don’t know.

Q: If you could have any musical instrument in the world, which one would it be and why?
A: Now we are really into percussion instruments. A few days ago I got crazy seeing a guy playing balafon. It’s kind a xylophone, from Mali I think. So I would choose that one. Next week I will forget it and I would choose anything else.

Thank you so much, Samuel. I enjoyed your insights a great deal, and will take the “solving problems at the last-minute” to heart. Sounds good. We are also truly looking forward to seeing you live again, Friday night, November 9th, at the Bryggjan Brugghús as it seems. Safe travels and thanks again.