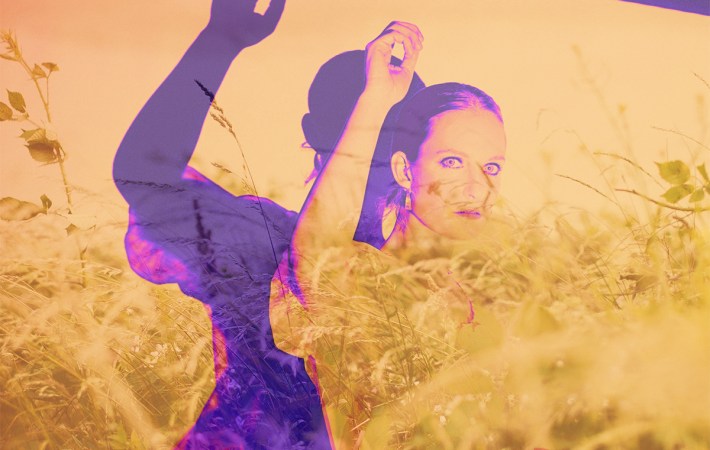 Mackenzie Shivers might surprise but also delight her fans with the shimmering electronic touches to be found in “Island Ave.” Together with Mackenzie’s enchanting vocals, they lend the track a mesmerizing vibe. The New York singer, songwriter, multi-instrumentalist, and producer does not shy away from widening her range and advancing her style. Her prior albums Neverland (2014), Midwinter (2019), and The Unkindness (2019), notwithstanding, Mackenzie Shivers manifests herself with Rejection Letter (2021) as an artist who understands how to write captivating songs with strong melodic quality and lyrical substance.

We are excited to exclusively premiere “Island Ave” today, which surprisingly didn’t make it onto Rejection Letter. We asked Mackenzie, and she explains:

“Island Ave” was tracked at the same time as Rejection Letter, but my co-producer Kevin Salem and I felt like its sonic world was one that belonged as part of a new project. While still connected to the album, it also gives a better sense of the direction I’m headed in sonically, melding electric and acoustic sounds.

Mackenzie also reminds us about the importance of leaving our comfort zone every now and again to experience and create something new. About her writing process, she reveals:

I wrote “Island Ave” during the surreal slice of time when I was quarantining on Cape Cod at the height of the pandemic. It was my first week staying there, and I reached for my guitar and started messing around with a finger picking pattern. I had never written on guitar before, but this song seemed to manifest itself. The hypnotic chord progression and lyrics felt a bit like an old folk ballad, matching the gray skies, damp air and a mood that was simultaneously peaceful and unnerving. In the off-season, Cape Cod felt more like the English Moors, a weird fever dream. I was living in a brand new place, and we were all living in the uncertainty of the unknown.

We recently saw Mackenzie Shivers live, where she played most of her songs on the piano but also picked up said guitar. Now, we are curious and want to know how the six-string got replaced by sounds of a water bottle or something like this. Mackenzie says:

I wanted to bring that feeling and those visuals to life in the studio, so the folk-style acoustic guitar morphed into a world of moody synths, ethereal piano, and samples made from opening my water bottle. It was really fun finding and creating the world of “Island Ave” and ended up being one of my favorites to track.

The excitement of the production is noticeable in the final arrangement of the song. Something like hope shimmers in the seawater puddles on Island Avenue, something like a new beginning and a new path. The sentiment “there was a time when we held each other’s hands” is heartbreakingly sad but also sweet and romantic.

We are looking forward to more of this!

Listen to “Island Ave,” our Song Premiere, and get lost in its magnetism of sheer bliss:

Connect with Mackenzie Shivers – Island Ave on Facebook, Twitter, and Instagram and add “Island Ave” to your playlist as we are adding it to our #glamglarepick playlist on Spotify and AppleMusic come Friday, November 19!